Putting Your Foot Down With A Firm Hand! 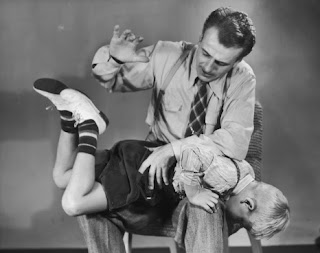 Putting Your Foot Down With A Firm Hand!
By Nick Ashton, Founder, CEO, Tracometry Group of Companies.

I just saw a Wanted Poster for Discipline.  Where have the ground rules for life gone?  Today’s parents, if there is such a thing, do nothing but sit back, threaten that they will do something regarding their children’s misbehaving and go on about their own disastrous slide to failure.

What happened to respect for parents and elders?  I was born in an era of saying “yes sir” and “no sir”, doing chores and knowing right from wrong.

Sure, I played on the streets with other children and had to be home at a certain time.  You dare not be late or past that time, as you knew that what your parents told you was the truth and you dare not break the rules.  The wrath of a parent meant something!

I am the eldest of a family of eventually eight.  I had five years of being the only child and then, one by one they dropped in and we became the typical British dysfunctional family.  I was born on the tail end of the 1940’s, 1949, I had a Ration Book from the War years and it was not the happiest of times, austerity was still in place and a sick King George VI is on the throne.

My mother was a young seventeen year old, married to a much older man, her parents, my grandparents, were well to do people, my grandfather was a banker with the Royal Bank of Scotland and my grandmother, a stay at home person.  Not sure what she did, but I loved her company and she was a great influence in my life.

If I stepped out of line, it was my mother who dished out the punishment.  I mean a hard authoritarian women, who today, under our so called child abuse laws, would be in prison.  She did not use her hand or belt to my backside to instill discipline, it was the Joan Crawford’s style of the wooden coat hanger or later, the cricket bat.

Did I deserve such treatment?  Yes, I was a tear-away for a while and the sense was knocked in to me.  Am I any worse the wear for those whacks on my arse?  No, it taught me the strength and pain of doing wrong and being brought back into line.

My mother never threatened me with death or bodily harm, although I never did understand the catch phrase of “this will hurt me, more than it hurts you.”

There are some that state, because it’s the child’s bottom that gets stung, it appears at first glance that the child is the one who gets hurt. Clearly, an adult hand can tolerate more violence than a child’s tender backside can. Yes, children who are spanked regularly can hurt as much on the inside as they do on the outside. True, some of the psychological scars inflicted by hitting children can take years to heal. There is no doubt that spanking children hurts them in many ways. And yet the supposition remains: maybe spanking a child does hurt the parent as much or more than it does the child.

I disagree and think as long as you follow up with your statement of discipline  then do so.  I loath hearing the phrase in the supermarket of a parent threatening a misbehaving child, “if you do that one more time I whip your arse.”  They never do and the child knows that and continues to stretch the relationship.  No wonder parents want the kids out of the house, so they can pop more over the counter self-medication or have Coors assist them in calming themselves down.

The reason we are seeing so many children on the streets, in shopping malls and members of gangs is simple, failure of parenting.  They lack love and affection and turn to misguided opportunities.

The single parent syndrome is no excuse, discipline comes from a parent, male or female.  Ground rules that are adhered to. Society is as much to blame as the parent.

We have wrapped our children in laws to protect them, which are doing more harm than good.  As kid, I played outside in the dirt and ate my fair share of worms and bugs, didn't do me any harm, in fact doctors state that it builds up the immune system.  That is what is lacking today, real life, understanding the streets.  There is so much hatred out there and children killing children that it is growing at such an exponential rate our society will have a hole in statistics of missing males. 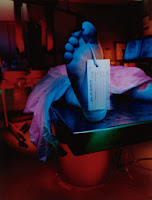 It is a societal issue and one of intelligence, education and color.  Do not let me grace this blog with the facts that many do not want to hear.

Ignorance knows no color, but the morgues of America do!


Copyright 2013
Posted by Police Best Practice at 5:04 AM No comments: