The Change is In! Bratton Has Moved On, Taking His Policeman's Bible, Peelian Principles and More Broken Windows Philosophy 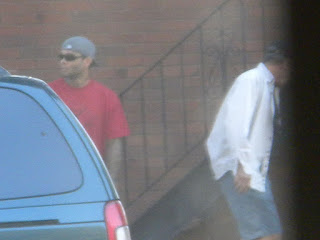 Change is In!
Bratton Has Moved On, Taking His Policeman's Bible,
Peelian Principles and More Broken Windows Philosophy

The Fact is, In Your Community Has Even More Broken Windows,
Broken Lives, Both Need and Will Be Fixed!
by Nicholas Ashton, Police Best Practice 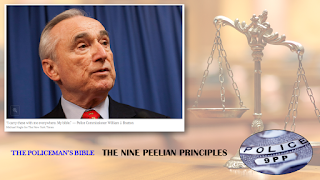 Bratton was touted as one of the names for the position of Police Commissioner, London Metropolitan Police, the U.K. back in 2016

This would be the best move for London. it's Mayor and the Home Office.

Knowing this man's capabilities, knowledge, experience, and effectiveness give me no qualms in stating he is your man!

Policing has to move into the digital age and move in a different direction. Digital Policing has been implemented within the U.S.A for over twenty years plus and has taken major strides in improving crime solving.

It is all about Adaptability which means Change Agency has to be front and center.

The U.K. can be brought into the 21st century, still using the Nine Peelian Principles with interconnection to the technology, crime analytics, crime mapping, predictive analysis and importantly Social Media Monitoring.

No, not how you law enforcement posts on social media, but drilling down to the Atmospherics of the criminals using these platforms.  Knowing all they are doing, who they are connected with and every photograph and video they have posted.  Even being able to run these photographs through our Facial Recognition to know more about the face.

Yes, Bill Bratton, New York Police Commissioner has called it a day and thankfully, he is going into the private sector in Risk Solutions.

He leaves behind a legacy that will never be matched or replaced.  The situation has been highlighted, challenged and has a long way to go to improve.  It takes more than a commissioner, it takes us all. 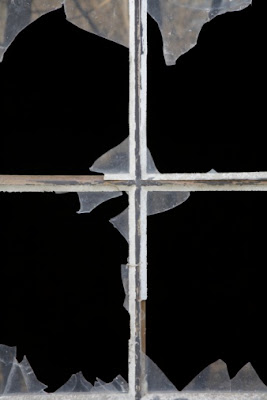 How long can we continue to ignore the social issues?

From the President of the USA to the Mayor and Council or Commission of YOUR City, why are they just giving lip service and not direct assistance to obvious concerns?

Ignorant words do nothing for a festering situation.  Cities are exploding with fraught problems and it is a headline one day and just forgotten the next.

Cleaning up downtown may be an objective, addressing the issues of the streets and neighborhoods, with drug-related crime issues, should be a priority.  This will make you a make a smarter city!

Broken windows are just an expression to most people and they think it is a good way to explain societal issues.  It is not and is so real, that at long last sensible people are taking notice, even political leaders.  Some, still show their ignorance and please let them enjoy the very short time period they will still be in the office by ignoring what is going on in the communities they represent.

Citizens have gone beyond waiting, well-mannered citizens use the power of the ballot box, those that are more aggressive use the bullet and the bomb.

I believe we all would choose life when confronted with dire issues, what is your choice?  What is your understanding?

The broken windows model is an anthropological and criminological theory of the norm and a signaling effect of urban/ community disorder, vandalism, dissent, additional lower starter crime, and deeper anti-social behavior. The philosophy states that maintaining and monitoring urban environments and keeping in a well-ordered condition may stop further vandalism and escalation into more serious crimes.

The theory was introduced in a 1982 article by social scientists James Q. Wilson and George L. Kelling. Since then it has been subject to great debate both within the social sciences and in the public safety sphere. This has been used as a motivation for several reforms in criminal policy, including New York City, with great success to date.  Though we are seeing unrest in certain neighbors nationwide, it is time to take the actions before we have all out anarchy. 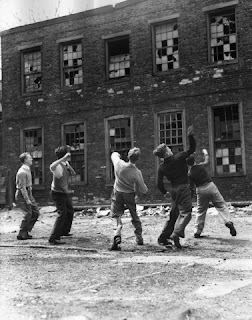 Consider a building with a few broken and boarded up windows. If the windows are not repaired, the tendency is for vandals to break a few more of the windows. Eventually, they may even break into the building, and if it's unoccupied, become squatters, light cooking fires, use as a drug supermarket and install a meth lab inside. The sidewalk starts to accumulate litter and garbage and even the local business start to put large garbage bags on the street as well.  The mentality is simple if they can do it so can we!

Preventing further vandalism is to fix the problems when they are insignificant. If you get a slow puncture on your car and continue to just ignore, we know what happens, a major fix!  Repair those broken windows within a very short time and the tendency is that vandals are much less likely to break more windows or do further damage. Clean up the sidewalk every day, and the tendency is for litter/garbage will not accumulate. With the problems fixed and not escalating, the respectable residents will not flee a neighborhood.  This is your core for making the change, with a little help of course. 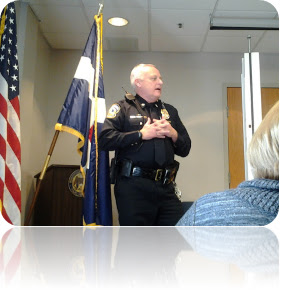 Proactive work completed by the community police is crucial towards crime prevention, the presence of the public safety department and police authority is just not enough for a safe and crime-free city. People in the community/neighborhood also need to lend a hand towards the important crime prevention within their streets. People will take care of and protect their own spaces they feel they have an investment in, arguing that an area will eventually be safer if the people feel a sense of ownership and responsibility towards the area.

The reason why broken windows and acts of vandalism are still prevalent is that communities simply do not seem to care for it, they have lost their Trust, Respect, and Pride in themselves and their environment. 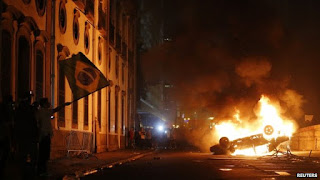 Regardless of how many times the windows have been repaired, the city and society still have to invest some of their own time to keep it safe. The negligence of society towards any form of a "broken window" signifies the lack of concern for the community. Is a clear sign that the society has accepted this disorder, allowing for the unrepaired broken windows to display the vulnerability and lack of defense against the situation.  It becomes their defensible space, they can have pride once again, when a chance is shown to them.

The practice thus makes two major claims: that further petty crime and low-level anti-social behavior will be deterred, and that major crime will be prevented as a result.

We have to, no we must, remove the Fear Factor and instill a Comfort Zone in the community and neighborhoods, just as we did after 9/11, the fact that we were fighting the terrorist factions on our doorstep.  The broken window syndrome is the beginning of Street Level Terrorism and will be defeated as such. 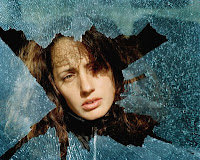 The concept of fear is a crucial element of the broken windows syndrome because it is the foundation upon which the solution is developed. It also adds that public disorder is unequivocally constructed as problematic because it is a source of fear.  Fear is elevated as the perception of disorder rising; creating a social pattern that tears the social fabric of a community and leaves the residents feeling hopeless and disconnected.

There is no more time left to have a meeting after meeting, the problems are staring us in the face, in our morgues, court systems, prisons, schools and on our streets.  These today, are not just confined to what some call the ugly neighborhoods, or the Zip Codes of Shame.  The unabashed gangs have spread their wings to the other side of the tracks and dealing with their unwanted problems on other neighborhoods and commercial enterprises, which include shopping malls and gathering places.

Logic is prevailing and we know that quality public safety departments have their finger on the button, now asserting their knowledge and expertise from all angles and knowledgeable solution providers.

Police Best Practice has the ability to assist you to make the correct decisions and work side by side to resolve the issues and instruct your public safety departments to then continue the calm and deliver what your citizens deserve and demand.  Our full crime mapping, crime analytics, and predictive analysis are but the start of the change.  Social Media Monitoring is more vital than ever in this anti-social world and we have a solution looking historically, geo-fenced concerns and keywords being issues of now. 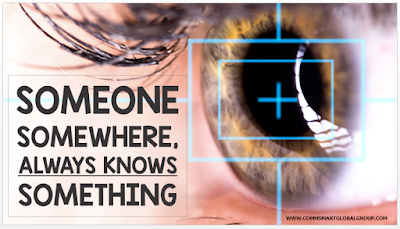 Posted by Police Best Practice at 5:00 AM