I Lost It Yesterday! 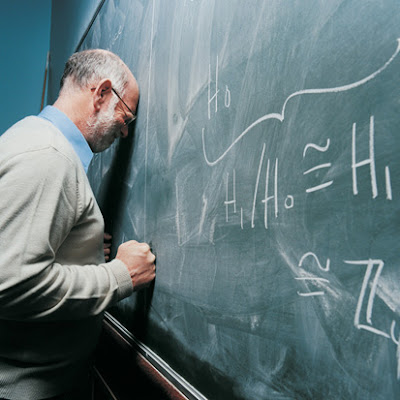 There are times after the fact you know you could have handled it differently, yesterday was one of them!

When a client asks a serious question and you start to answer and are constantly interrupted, it becomes useless in even attempting to complete the answer.

No matter what you say or attempt to state it is going nowhere.  That was one of those afternoon meetings.

I will not bore you with all the details, but it comes down to a personal attack and ludicrous suggestions, in fact challenging that proximity beacons don't even transmit at all.  Tell that to Google Nearby and Apple's iBeacon and the whole global beacon industry.

The gentlemen even accused that I had rigged my Android Smartphone to show so-called beacon notifications and they did not even exist!  When typing in my Smartphone, which by the way is more powerful than most laptops, to the Internet to show a number of views of the beacons, this was not believed either.

To suggest we walk around a local supermarket and ask people was even more silly, it is private property and we are guests and I was not about to do that either.

You see, he has an iPhone and the Apple products are controlled monetarily with all that goes on them by Apple.  Folks, they (Apple) are a pain to work with as a developer.

Apple wants you to use an app, which we do and with the last changes with Apple's operating system last week, you are always behind the eightball in changes that supposedly will work, they don't.

I am passionate about communications.  Being one of the early driving forces back seven years ago, I know the industry inside out.  I lost it language-wise in frustration and not being able to answer or use my Smartphone to show exactly what is available and show on the screen.  He accused that it was rigged!

Going back to my office I dropped into the Verizon store and every Android phone lit up with our notifications! They are non-invasive notifications and do not ding or send out noise, you must have the Bluetooth on to receive notifications.

Was I wrong in my attitude, sure, in retrospect, but do not challenge a whole global multi-billion dollar industry!  We do have the most incredible communications and marketing solution that is working successfully.

Do not get me wrong, is there more to the story, of course, there is, we both need to sit down and clear the air.

Sadly the other gentleman had other ideas in his mind, sometimes we need to listen and listen well and not mistrust technology.  That goes for both of us!


Posted by Police Best Practice at 6:02 AM No comments: