Healing Leaves Scar Tissue - Required Is Change, which includes strong HR and Use of Old School Policing With New Technology and Absolute Removal of Infected Managerial DNA That is Required NOW! 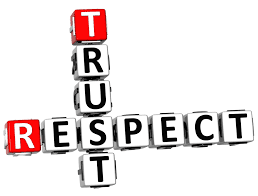 Healing Leaves Scar Tissue
Required Is Change, which includes strong HR and Use
of Old School Policing With New Technology and Absolute
Removal of Infected Managerial DNA That is Required NOW!

Law enforcement and society is more than broken.

There is NO TRUST or RESPECT!

Police officers are not some sort of special or different people, as stated by Sir Robert Peel back in 1829:

Police officers live among communities with their families, siblings and friends. They too have the same everyday issues as us all!

The resignation of the Police Chief of San Francisco by the Mayor changes nothing!  Purely a politician showing us all he has no idea about society, communities, policing and what is and has been changing globally with human beings regarding social actions.

At a news conference on Thursday, Mayor Lee said he hoped the resignation would help "to heal the city".

The mayor, who until now had supported Mr Suhr, added: "The progress we have made has been meaningful but it hasn't been fast enough, not for me and not for Greg, and that's why I have asked Chief Suhr for his resignation."           Full BBC Story http://www.bbc.com/news/world-us-canada-36339286

That is typical political talk that is causing even further issues and is fueling the embers of opinions within our communities.

This is not just a San Francisco issue, look at Cleveland, Ohio who are being thrust into the spotlight of protests by professional agitators and will bring blood letting to the RNC conference in 60 days.

It does not have to be this way!

The most damning Peelain Principle that is broken and in total disarray is #9:

This principle has not only failed over and over again and it is time to CHANGE NOW!

It cannot continue and in all honesty it is only going to get worse and put more lives at risk on both sides of the equation.

The surge of questionable actions by officers is fueled by inner rhetoric and radicals who watch every single move and turn it into pure anarchy.

Retaliation is being shown by the increase in police officers deaths in recent months and the natural internal reactions is not acceptable. Hiring the right people for the job, having managers, supervisors and leadership must be readdressed in double time.  That is available NOW for those that understand that CHANGE MUST Happen NOW!

We know that re-education is a long process and cannot be ignored any longer.

The fire of dissatisfaction is more than kindled and no matter where in the world an incident occurs, the added fuel brightens the visual attributes of concern.

This is not a water cooler discussion topic, this is more than trending on Social Media, which is amplified by the ‘trolls’ who post vile comments that enrage us all.

Stop talking and become proactive on this issue.  CommSmart Global and our partners have the proven, logical answers and the capability to make the necessary CHANGE NOW!

Sir Robert Peel knew what was needed and if alive today, would be in tears and disgust on how we have abused our communities and ourselves… 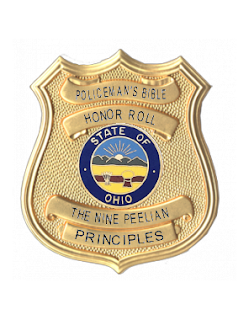 Posted by Police Best Practice at 4:43 AM No comments:

Pestering Morons Of Internet Nonsense - Worse than a Cicada Outbreak...

The telephone has been misused since Alex invented it!

The worst and annoying miscreants who are supposed Indian Internet web designers and SEO companies, using USA telephone VoIP telephone numbers and continue to call companies, send them pathetic marketing emails and when, told, in no uncertain Anglo Saxon words to 'go forth and multiple, continue to call with utter annoyance!

I am and other worldwide companies are not interested in your pathetic calls, inept attempts to communicate in broken English and who do not take NO for an answer.  Listen Reggie, by the way, whoever heard of an Indian named Reggie or Alfred?

The immortal words 'I want to help you with your web site' or 'I will make you #1 on Google listing' are not important to us or my fellow entrepreneurs.

I am glad you have moved on from scamming senior citizens on Facebook, or pretending to have a fortune awaiting my collection and being an IRS Investigation Agent, threatening me with a warrant for my arrest or with jail if I do not pay a fine.  Calling and pestering American and Global business is an annoyance and gone beyond being a flea on an elephant's ass.

What is even more annoying is when you call, told to 'lose our number' and then call back asking why we are not interested weeks later?  Then being to told stop calling in no uncertain terms.  What is more annoying is you calling back a second later and demanding to be told what has changed!

Certainly it is not YOU and your annoyance you espouse!

Oh, I not not angry or even annoyed, I just let rip in the Good Queen's English of my feelings towards your call.  You may think I am boiling and my Blood Pressure is at breaking point, it is not... I gather it is a waste of time as your ignorance is obvious.

Even stating I will place your 'curry' where to sun don't sunshine' was not enough, I urge all corporations to take action to these moronic murders of English and marketing ethics, to annoying tell them to F-Off and block their phone numbers, that is if any of you care, that is.

Ah it is Tuesday morning and 5 o'clock in the afternoon somewhere, I wonder what the day will bring forth? Posted by Police Best Practice at 6:25 AM No comments: