Doctor, Doctor, Give Me the News… 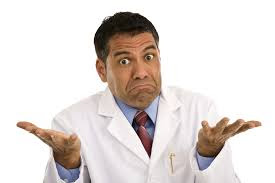 Doctor, Doctor, Give Me the News…
By Nick Ashton

In the global aspect of things, not to get confused with the Internet of Things, respect is a keyword that seems to have been deleted, flushed or just ignored.

We know we must respect our parents, elderly and those who have been educated about life, so we too can learn and pass on our gained and glean knowledge.

What the HELL happened?

When sick or afflicted, we seek the best advice known to us, our doctors.  They are the one set of people we always turn to and seek their learned knowledge.  Why is it, once we have the appointment or if an emergency, we fail to communicate at the most important and precise time that direct communication is required and can be lifesaving?   The doctors and nursing staff are human beings, with two ears and eyes and training that prepares them for most eventualities.

Let me share my experience which has just prevailed regarding issues of health.

My local Doctor and Nurse Practitioner, who, I only started with last December, 2015 and their office staff, could have not been more helpful.  I shall take you on, a customer service journey of excellence.  I have not named them as the HIPPAA laws might be compromised.  I do not want to upset some government nerd to get their knickers in a twist over rare praise of the medical industry!

Spending one hour with my doctor going over my medical issues, which by the way are ‘nothing’ compared to most.  Typical childhood issues, removal of my appendicitis, gunshot wound, knee surgery and general coughs and colds.  He did a thorough job and understood that my main issues was my knees, walking sitting and attempting to play British Football each Saturday and Sunday from the comfort of my couch with NBCSN.

It is what transpired during that hour of heart to heart, respectful discussion that was so important.  It was not a question and answer session, it was his ability to extract information that lay beneath the surface of my past.  Dwelling on statements, expanding and in a manner that was not intrusive or mind blowing.  After all, they know what kills and maims you and they had better have the clearest picture of YOU!
I am in a small city, New Philadelphia, Ohio, by the way, we do not have a Cathedral as a British City is the only place a Cathedral can built.  We could open a bar and call it the ‘The Cathedral’, think of the stories it hold. I digress….

Being born in England, I was use to the National Health System of the U.K., which since my birth in the late 1940’s has gone to hell in a bed pan!

This is not some fancy doctor’s office, it is located near the local hospital and serves some 17,000 people.  The difference, it is the collective team within the practice that make a radical difference.  From the reception desk to the comfort of an examination room.  It is a customer service experience, second to none.  Well, that might be stretch as it will continue with the meeting of a ‘Scotch Whiskey Aficionado’ orthopedic surgeon, his staff and a full hospital that have been trained and naturally perform the best they can be.

Dr. M., Nurse Practitioner, C and the entire staff, you changed my life and all because you listened, cared, used your empathetic skills and all importantly, listened to what my story and issues were.

It is all about CHANGE, yes change on how we conduct ourselves and really care about the job we have been given and are expected to do so every single day.  Every word we state when calling in, making that appointment, which is never at the time we would like, but they are there for us.

Pain, is a killer and that was my issue.  No, I was not using illicit drugs, drinking local still alcohol or smoking whacky-baccy, I was suffering in silence with the occasional groan.  It was Pain, which the brain deals with in a very specific manner.

The brain uses 80% of its available resources to be directed toward the pain issue.  Meaning only 20% of your brain is left to do all other functions.  Like limping home on less than four inflated tires in a rainstorm with bad wiper blades.

So when you are in pain, stressed out for whatever reason, you are not performing in a realistic pattern.  So, in personal and business life, you are failing those that are around you.  Compromising the team's capabilities overall.

Your corporation does not pay for just 20% of your undivided attention, does it?  They own you at 100% mark, hook, line and sinker!

Medicating only masks the issues and is not the solution.  Doubling the dosage does not work, believe me!

Wellness on all fronts is vital and even more so today.  The distractions of life have never been so high and we must accept the fact we are failures to some degree.
We are not, the change for Change's sake is here and just like communications, it can be improved upon at all levels.

Next time, we shall discuss my knee replacement meeting with my Scot loving surgeon and how customer service is alive and well!


Copyright 2016
Posted by Police Best Practice at 5:54 AM No comments: 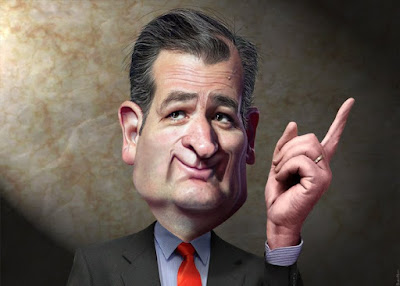 I normally never mix business and politics, but with recuperation from replacement knee surgery and my mindset, I just had to!

It is my third response to Ted Cruz regarding my unwanted emails from his sleazy campaign team.


"Thank goodness that my email server has more sense than Ted Cruz!

Ted, why are you sending out unsolicited emails to millions of people demanding their support your pathetic campaign?

I have responded three times asking the question and telling you to 'Go Forth and Multiple'.

I have listen in pain to your voice, intonation, diction and content. It is more than annoying than your lying and kindergarten platform.

I do not like you, trust you or would ever support such a sleaze and your excuse for a campaign team.

Oh, by the way you are soliciting a foreign donation which under election law is illegal!

This has been been forwarded to the right authorities, it is a crime to to do those!"

Here is the original email from Cruz:

As we travel the country talking to voters, we wanted to take a few minutes to give you a quick update on how things have been going.

An overwhelming victory in Wisconsin and other pivotal states has turned national attention to our conservative, optimistic message. This is the defining moment in the campaign and support is turning our way. While other campaigns have real concerns about their viability going forward, we are setting fundraising records and winning states. It is an understatement to say that our competitors and the Washington Cartel are worried. They are very worried.

In the past year we have built our campaign for this very moment. While our competitors were focused on shiny objects and flashy campaign slogans, we were busy building a robust grassroots operation. We have team members in districts across the country. We have a voter data operation that is unparalleled. And a grassroots support network that has been powered by people just like you.

Our win in Wisconsin changed the race. We were not supposed to win there, but we did so resoundingly. We are ready to now capitalize on it. But we could use your additional support to help us get to the next level.

Will you pledge $5 or more to support us on the Road to Victory?  While it may not sound like much $5 makes a huge, immediate difference.

Your support and the support of millions of Americans is what has gotten us this far. We hope we can count on you one more time!

Thank you for all you do,


For those on Linkedin, who will say this has no place on this site... grow up!

Electioneering and criminal acts to individuals and corporation have their place here as well as every other unsocial medium.

Posted by Police Best Practice at 6:42 AM No comments: