Proactivity Is The Demanded Requirement 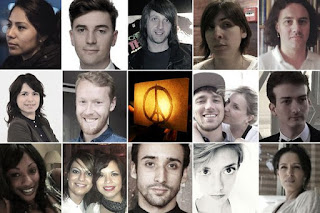 Having a foot in both camps of both physical counter and cyber terrorism for thirty-nine (39) years, means I seen and been involved in the worst situations this world has seen.

The French attack was not unexpected and all of us in this profession knew one day it would happen.  Where or when could never have been predicted.

Yes, information gathering in this digital age is seen by most as the ultimate defence.  It is not!

There are not enough intelligence eyes, ears and algorithms to be on top of the morons of terror.  For both physical and cyber terror it has to be a mixture of human and digital searching.

Atmospherics, the collection of street chatter is just as important.

Most will have never heard of Atmospherics, it has saved our rear ends in war against the Irish Republican Army, the Red Brigade (Baader Meinhof), Iraq, Afghanistan and the rest of the world's terror spots.

It is all about chatter, humans cannot keep their mouths shut and discuss their plans and successes in great detail.  Just like the local burglar, he would spend his ill-gotten gains at the local pub and we all know that with a few beers, the mouth runs and information flows.  That is where used Atmospherics in the old days.

It is the same for cyber hackers, they want recognition for their success and discuss on social media and in Internet cafes.  Things have not really changed in how we must gather information.

Knowing both sides of these actions, you understand that the terrorist wants to instill FEAR in all, whether physical attacks or cyber, it is all about FEAR!

It is returning to the COMFORT ZONE that is all important...

Let us take this short journey together...

copyright 2015
Posted by Police Best Practice at 8:18 AM No comments: