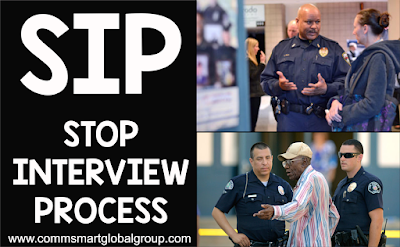 CommSmart Global Group, believe that the developed SIP© method and title are more acceptable and work in a softer and fair manner, achieving so much more.

Street officers stop an individual within their beat or ward to question their presence or knowledge of the area they are within.  As a SIP Procedure, a photograph is taken on talking to the individual and through the in-place software on the Smartphone, transmitted and the photograph is analyzed with the results returned within seconds.  He or she now knows who is behind the face!

The Facial Recognition is not only looking at a myriad of police databases, including offender records, jail information, sex offender registry and other normal avenues such as Driving License Records.  It is co-mingled and searched with Public Data, which our Risks Solution Partner, LexisNexis has.  It is the world’s largest repository and building at the rate of 30 billion more records per day.

This will change the street-smart information of a community and enhance officer safety.

Yes, this is a Change, a change that is for the betterment of all. 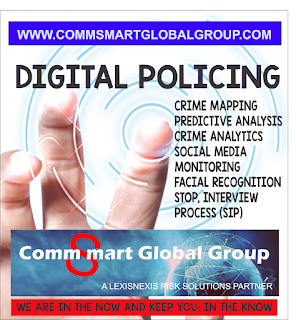 You Cannot Handle Your Edited Truths! 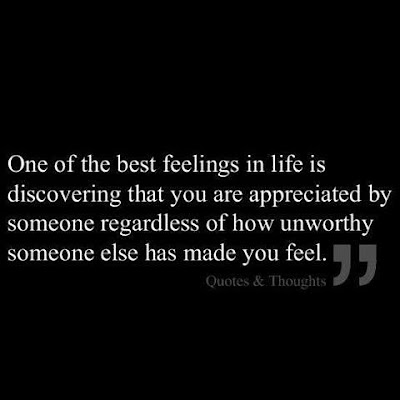 You Cannot Handle Your Edited Truths!

Jack Nicholson told we could not ‘handle the truth’.  We edit our own lives and miss out details that we believe are irrelevant.  They are not!

It is not lying or telling 'Pork Pies' (Lies), it is pure missing information.

It happens to us all, no matter how we believe it does not.  Laying out the facts and not judging ourselves or what others should or should not hear, is foolish.  Let others judge and listen, then discuss.

I personally just experienced and can tell you that it is the most hell-raising, mind-blowing agony of personal inner pain that can be imagined. In fact, tearful!

Guess what?  They do!

Do not be an editor of your life, lay it out there as it is.  The results and outcome will be what they will be.  You cannot influence others decisions on the facts, it is up to them.

Just pray that it is what you both want…

copyright 2018
Posted by Police Best Practice at 5:37 AM No comments:

What is the profile of a killer? They Are Among Us... 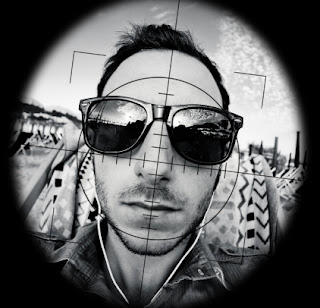 What is the profile of a killer?

Yesterday a woman against the mistreatment of animals became an attempted killer because of not being paid for videos by YouTube.

Even her family informed the police, they SNITCHED, they INFORMED and sadly that was not enough!  The police found her and in their judgement, she was not a risk to herself or others.

She is dead, others wounded and now a headline!

Then, there are men and women who want to wage violent jihad on the U.S.A. appear to be typical of America's home-grown wannabe terrorists inspired by al Qaeda's ideology.

Many are naturalized U.S. citizens who served in the Military, who converted to Islam in their early twenties. They pressure others to join them. Most homegrown jihadists are U.S. citizens, median age 27 and about 22 percent are Islam converts.

How do they get to a hatred level for a country that gave them a different life
style and a chance of success? They absorb their anger from watching jihadist videos on the Internet, reading the essays of al Qaeda communicators like the late Anwar al-Awlaki. They then believe that they can be the fighters within the videos and come to see themselves as warriors in an epic struggle, go off to shooting ranges, and pump each other up with the imagined heroic deeds they will carry out. Religion is a component but seldom is the key factor. Adventure, revenge, glory propel them down the path of terror. For many, the prospect of blowing things up is a solution to an unsatisfactory life. Terrorism does not attract the well-adjusted, thank goodness.

Al Qaeda has invested heavily in inspiring such men to act on this, thus far, only a tiny turnout has come over to this strange group of people. While the Internet enables the terrorist organization to reach a vast audience, in the United States it has produced few actual recruits. Sadly, it only takes one to get through, as in the case of the Boston Marathon attack.

In the more than 12 years since 9/11, about 200 plus individuals have provided support to al Qaeda or affiliated groups attempted to join jihadist fronts abroad, or plotted to carry out terrorist attacks in this county. All but three terrorist plots were interrupted by the authorities. Yes, the world is a safer place and the vigilance has paid off, both from the public safety side and the public themselves. More thought is required.

Complacency is, in fact, our worst enemy. We have to bring to the forefront the fact, people hate us. Not just Muslims, although the track record of terrorists being of that culture and religion is rather high. There are others and we need to raise the guard as individuals without becoming paranoid about the situation. Life must go on, otherwise, they have won.

Public safety departments worldwide are interlinked and share their masses of information, it is CommSmart Global Group station in life, to strengthen their abilities and sort through the data in a competent and professional manner. Our analytic results are second to none.

Why? Over the decades our experiences, quality of staff and street level knowledge add up to a team that is immersed in the problems and do not relax until our world is a safer place. 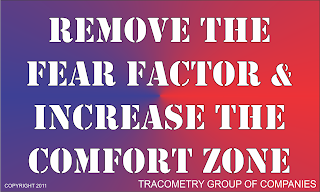 Posted by Police Best Practice at 4:25 AM No comments:

Testicular Fortitude is Missing! I Am Not On My High Horse Yet! 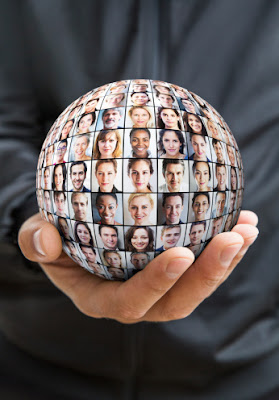 Testicular Fortitude is Missing,
Or Is It? 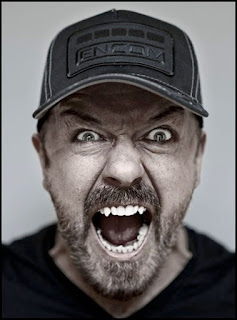 A couple of years, Ricky Gervais made more comments on the Golden Globes awards show about balls than Victoria Beckham talking about her Golden Balls husband David Beckham last night.

It reminded me of the major issues at hand and our need for serious attention.

Roman is not burning!

Yes, the pungent smell is burning flesh and the odor is getting stronger and stronger.  When a nation is falling apart, the air pollution is only the start, at first you think it is nothing and the winds will blow it away.  After hours, days, weeks the smell is even worse to those that first notice it, to the others who have been in the smell, they do not even notice it.  It becomes part of daily life and it is naively ignored.  Yes, even today!

Misguided chumps cannot recognize the massive changes that are taking place.  Duped, taken advantage of and at whose expense?

Donald Trump is the US president you must accept that he is not a politician, but a logical businessman who is approaching in a very different manner.

The politicians are the ones out of step!

When stuck in a revolving door of corruption and among self-serving individuals, who prey on the weak, you are oblivious to the situation.  It is a fact the people of the world as a whole, are gullible and afraid to speak out.  Those that do stand up and challenge are called radicals and too conservative.

It is to do with balls!  I am not talking about March Madness or what you toss down a lane at a bowling alley.  It is the missing testicular fortitude that has driven us down this path of national failure, in fact, world failure.

When you are the Master, with the keys to Room of Information that has been collected and then the information is analyzed in real time, with the results available to all. What have you really got?

Sadly you and your team are the only ones reading the reports and seeing the historical, out of date facts, you begin to wonder what the heck is going on. 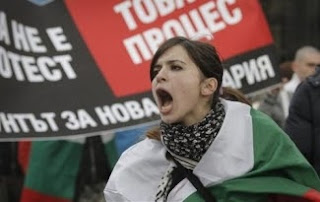 The trail of human sacrifice, pending failure, and ongoing disaster is in the world media headlines every day.

The depth of Atmospheric Noise Collection, the noise of the streets, has allowed us to understand the massive unrest that is boiling in most cultures. Sadly it is being missed by those that have deep-seated agendas that have no consequence to the citizens of the world.

Racism, poverty, entitlements, personal opinions, and trust, even from Presidents down.

Some, due to their DNA react in violent ways and means.  Their personal life is worth fighting for, not with words or ballot boxes, but with street-level violence that leaves a pool of blood that goes back centuries.  Why was this violence able to manifest at a faster rate?

Social media, or should we call it, unsocial media, technology and a passion for doing right in their eyes.  They thumbed themselves to a revolution and take on the authoritarianism and dissatisfaction of the elected leadership. 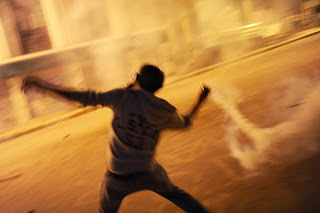 It continues today, that started with the Arab Spring which was basically the first to mix social technology and a revolution, flaring up and involving the people in their masses.

This included the Anti-Coup Alliance in Egypt asking for a million man march against the military empowerment which is always the way they do things there.

Last year, Tunisia had the second assassination of an opposition leader and is leading to unrest and raging on. Now Tunisia is in the spotlight again with attacks by ISIS. Places like Cambodia are rejecting election results and the dictator Robert Mugabe has gone.

Russia has gone nuts and was threatening the USA.  On the other hand, Putin likes Donald Trump and Trump wants tariffs on the Chinese, even after his meeting with the Chinese.

Most of you have no idea of what is going on in the world and do not think it even affects you in any way, shape or form.  It does, more than you know!

We must protect our borders and know who is entering our space!  Extreme vetting of all must happen and will!

The Western World is also in turmoil and you just go on your daily way, thinking no government could do that to the people of the United States of America.  Say it isn't so, no US government would work against the people who elected them, would they?

The reason you have no understanding is simple, you are fearful that it is all true.

Like a child during a thunder and lightning storm, you hide under the covers and think you are protected and it will all go away and be better in the morning.

Pure Bovine Slurry!
(If you have no idea what that is, look it up on Google)

It is staring us all in the face!  The facts are in, the next event predictability is showing a disastrous outcome and you just go about your day, driving to work, seeing gas prices rise and rise, charge more to your credit cards and exist in your own little bubble, which is about to burst.

Remember how you stop a child from crying?  You distract them from the problem, a bump, scrape or a cut and they smile.  Why?  They trust you, that simple. 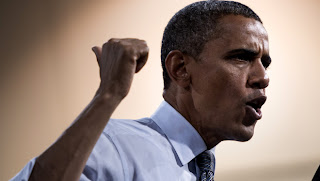 This is what government and especially in the U.S., Barack Obama, the former president and his cronies did.

Yes, Phony Scandals, as Obama puts it, diversions to dupe you.  In fact, it is his, Obama’s scandals that have caused the decline of America.


Where is your testicular fortitude?  It is time to find it and find it now, all of you!

Otherwise, that part of your anatomy will be detached and it will not be pretty! 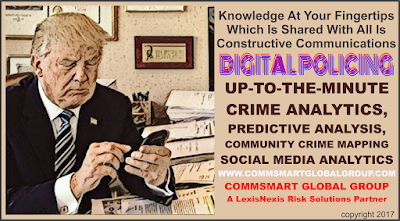