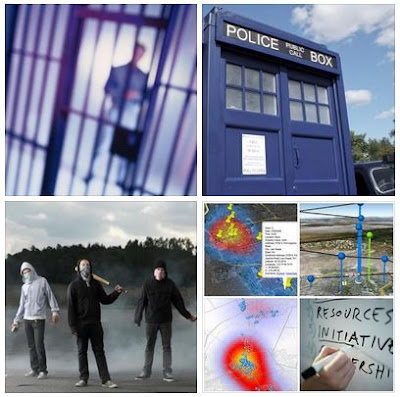 So Why Are You So Resistant To Change
and Not Listening To The Solutions? 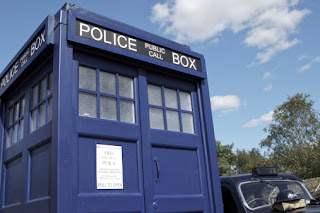 I was on the telephone yesterday to Great Britain, talking to a street level officer in the British Police.  The subject matter was the same old same old, resources and how police management is chasing their own tails, wasting efforts and accomplishing limited results at great expense monetarily and letting the public down.  After all, the public is your client and you must protect and serve.

Why is there such a resistance in the getting it right the first time? Fixing the problem a second and third time costs you even more money, additional wasted time and frustration coming out of the ying-yang.

Preceptive Intelligence is not asking you to spend millions and millions on developing a new principle of law enforcement strategy, we have already accomplished this proven solution to the problem.


We are not IBM or some sort of computer data silo that just understands numbers and data flow.  We are a down to earth, a street-level company who have a majority of law enforcement individuals at the heart of the company.  The knowledge of the crime-ridden streets, from pounding the sidewalks, challenging the criminal and seeing for ourselves the illogical methods we are still using.  Developing our crime analytical solutions, tracking, calls for service data and next event predictability has taken twenty years.

Today, we are second to none in crime-fighting solutions, passionate in the success and cost-effective as a solution.  In other words, you can afford the investment!

Perceptive Intelligence has gone down that route and used our own monies, expertise and created a service being used today by over 500 agencies, other countries outside of the USA and as a sole source provider under contract with the Department of Defense (DoD), making a vital difference in saving thousands of lives in the war on terror.

It seems managerial logic has been locked away in the deepest prison cell as it is not willing in the understanding of the benefits of a constructive crime-fighting solution.  It is about management of limited resources and not chasing your own tail and disappearing within.  Productive results for you and the people you protect and serve.

I know, some of you hear the words computers and analytics and you head for the door, saying that is not what policing is all about.  Yes, it is!  We have made it so simple, I do not care what your expertise is with a keyboard.  It is down to earth logic and it will be your criminal analysts that will set up the main system, but even that has been made easy.

Why am I saying it this way?  Simple, through research initiative, we looked back and found this comments from the U.S. Department of Justice, a document on Perspectives on Policing.

Many American police departments feel themselves to be slowly drowning in a rising tide of serious crime and calls for service. Over the last decade, department workloads have risen steadily while their resources have stayed constant or often I declined.' Police executives generally have responded by striving to enhance the efficiency of police operations and focus police resources on only the more serious calls.
Computer-aided dispatching and other information systems have been employed to make the most of the patrol force, and many departments no longer respond at all to nuisance calls or provide services like escorts and house checks that the public once took for granted.

Nonetheless, police in many cities find themselves more and more pressed, a problem recently greatly exacerbated--even in smaller communities-by unprecedented increases in drugs and violence.

It is thus understandable that many departments find calls for community policing unrealistic. As most police-and most mayors-understand the concept, community policing means taking on difficult new responsibilities, like fighting fear and solving community problems, using fresh tactics like foot patrol and community organizing. What room could there possibly be to do new jobs when the department can scarcely do the old ones?

Mayor Bud Clark of Portland, Oregon, was a community policing enthusiast when he took office in 1985, but he saw no place for the new strategy in what both he and the police agreed was a short-handed, overworked department. "Community-oriented policing means less relying on heavy-handed law enforcement and more getting at root causes," said Chuck Duffy, a Clark aide. "But we recognized the fact that you can't do it well unless you have an adequate level of police officers, because you've got to do the community outreach stuff with police on top of your base of patrol officers, and we were having trouble with our base."

Such sentiments are often, and understandably, expressed by police and municipal officials. They are the sum of four widely held beliefs about contemporary policing (until recently, nearly universally held). One is that the public demand for police services, particularly for 911 rapid-response services, is largely out of police control. The second is that departmental resources are, in the main, already deployed to the best advantage, efficiently and effectively. The third is that community policing (like other new policing strategies such as problem-oriented policing) is a discretionary add-on to the core job of policing. Because it is seen as "soft," aimed more at community and public relations than at crime control, it is often delayed and resisted when crime and workloads are on the rise.

Increasingly, however, there is a reason to believe that none of these four beliefs is true. The concrete experience of numerous innovative police departments-including Portland, which found ways to move into community policing despite resource constraints-is proving otherwise. The police can, in fact, manage public demand and expectations for police services. They can deploy their current resources in new and improved ways.

They can use community and problem-solving policing strategies to achieve ambitious crime-control objectives. And they can find and win new resources, budgetary and otherwise, to help them do their various jobs. These are fundamental, not marginal, gains; they hold out the hope of major advances in the struggle to fight crime and improve the quality of life in troubled cities.

It is the ability to be predictive of the use of resources that we have focused on, what we call Next Event Predictability.  It is revolutionary in catching serial criminals and utilizing your restricted resources, in a manner that expands your capabilities of success.

So where do we stand?  The evidence in front of your eyes, on your weekly reports and the frustration, is abundant in your crime statistics.  Let us assist you in making the change, book a webinar, bring your management and street level officers and let’s share the information that will make a radical difference.


We are in the NOW and
KEEP YOU; in the KNOW…