A Dark Night For Those in Blue Suits & America... 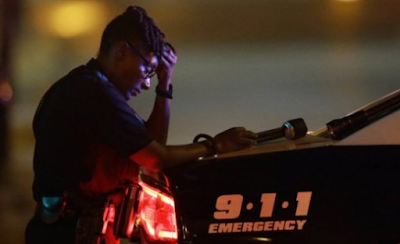 A Dark Night For Those in Blue Suits & America...
by Nicholas Ashton, CEO/CIO, CommSmart Global Group of Companies

A peaceful protest as you all know, has turned into the worst killing and shooting of Police Officers in American history.

The sniper factor has always been in law enforcement's minds, but never expected.  That now has been broken in a deadly manner.

The Anti-Cop Mentality has taken a step we never wished to see or hear.

This carefully planned assassination attack coincided with a peaceful protest regarding the recent police shooting over the last few days. The intent, although yet to be determined, seems to be to kill as many police officers as possible. From the media reports and statements by Dallas Police Department, the individuals involved had planned this action and knew the downtown area well.

This has changed the protection of any type of protest in any American city, which includes the largest events over the next ten days of a political nature.

The Republican National Convention is taking place in downtown Cleveland from July 18th, will now be reviewed and changed.

What security changes occur are not for publication and nor should be!  The right to protest should now be cancelled due to the nature of the killings in Dallas, Texas.  Security of all, both those that wished to protest and the police officers that would be required to protect the situation.

This premeditated attack on law enforcement took a large step to formal anarchy and has gained the nation's attention.  This was domestic terrorism and any other connection is yet to be determined.

The Day in the Life of a Blue Suit dramatically changed last night in Dallas.

No city or gathering is going to be viewed in the same way and nor should it be. Law enforcement nationwide in all cities, towns and counties need your support, comfort and any information you might know regarding threats against our Thin Blue Line.

This is not the time to debate what type of guns were used, it does not matter. This is not a gun control issue and could possibly have been a spur of the moment attack.  To date we know rifles were used and could be of any type of rifle, which can be purchased anywhere.

Never will a protest be the same, gatherings where there is a police presence is now a target.  It seems from the event last night law enforcement is more than laying their lives on the line each every moment of the day or location.

Your help is demanded, 'See Something, Say Something' is absolutely required. Family members, friends, coworkers or even strangers talk, you hear something that is of a violent nature being planned or making statements of terroristic manner, report it!

Now it is the time for due process, let us gather the facts before jumping to conclusions.

Posted by Police Best Practice at 6:32 AM No comments:

Bang, Bang He Shot Me Down... Police Officer Fear Factor 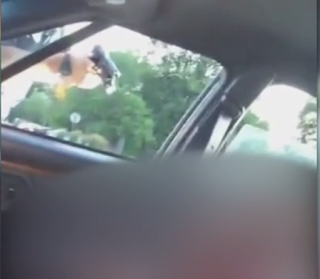 Bang, Bang He Shot Me Down...
Police Officer Fear Factor

Another night, another town, someone is shot by a police officer and the crowd goes wild without knowing all the facts regarding the incident.

The posted social media video does not show the whole incident and only the aftermath.  This video has gone viral and is the basis of the protests in Minnesota.

Social media, especially 'live streaming' or a posted video can be an excellent communicator and also fall short of telling the whole story.  It is those that fill in the gaps without the whole facts that build a frenzy of misinformation which becomes global in seconds.  it is as if they will latch onto anything that seems to be controversial and 'spin' their take on the situation, which gets media attention and the storm brews.

Minnesota black man shot by US police in a car

"A black man has been shot dead by police in the US state of Minnesota as protests continued over the police killing of a black man in Louisiana.

Philando Castile's girlfriend live-streamed the aftermath, showing him covered in blood with a police officer pointing his gun at him.

He was shot as he reached for his driving license, she said.

It follows the death of Alton Sterling, who was shot dead by police during an incident in Baton Rouge on Tuesday.

Hundreds of people have protested for two nights over Mr. Sterling's killing.

The deaths follow a long line of high-profile incidents involving African-Americans at the hands of the police, igniting a national debate about the lethal use of force.

Mr Castile had been stopped in Falcon Heights, a suburb of St Paul because the car had a broken rear light, the woman, identified in local media reports as Lavish Reynolds, said.

Before he was shot, he told the officer that he was licensed to carry a concealed gun and had one in his possession, she said.
"You shot four bullets into him, sir. He was just getting his license and registration, sir," Ms. Reynolds says in the video."

The questions must be asked, why are we seeing an increase in shootings by US police officers?  Asking questions and establishing the situation is good practice. Is the training of officers in this situation not sufficient or are officers making on edge judgment calls?

Only the investigation and final report will answer those questions, to which we should try not to second guess.

Posted by Police Best Practice at 6:51 AM No comments:

Snippets of Video,Today's Communication Skills and Anger Towards Law Enforcement. 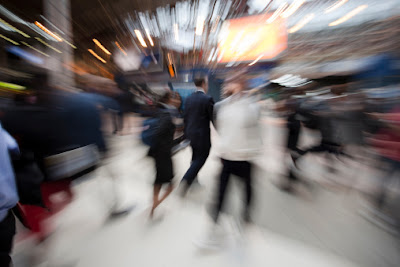 For the majority, police officers have what they call, normal days that follow the typical shift problems.  The morning shift is the quietest until the later afternoon swaps and then it progresses to the night time of a different world.

Officers have been programmed for their daily grind.  Then again, it does not always follow the 'norm'.

With the incidents and criminals becoming more bizarre in this unsocial world, you must understand that police officers are human beings with specific training to work in their communities.  They have problems, issues and concerns and yes, they do get out of bed on the wrong side and react differently than normal. Don't you?

Police officers live in neighborhoods and are just like you and me.  They are not super human with special powers, only the powers of the laws on the books.

Society has changed from the days of television police shows, 'Dixon of Dock Green', 'Streets of San Francisco', 'Inspector Morse' or 'The Naked City' to name but a few.  Those are television and not what really happens, though, we all have been indoctrinated by these and other programs.

Societal change has impacted us all.  Social media in all forms is being used for inciting riots, bullying and portraying incidents and not always the truth.  There is never the full event of the incident recorded or broadcast.  These 'video snippets' cause more problems than solutions.

There are bad people in society, both citizens and police officers, but you cannot take the law into your own hands.  It will all come out in the wash!

Yes, there are procedures that must be adhered too, whether you like it or not!

The majority of citizens are good people and so are the police.  Do you know the pressures of protecting communities from an increasing criminal element or those that have mental issues and should be cared for in a facility?

It is all about communications, from when the 911 call first comes in and the detail supplied by the caller.  This is vital, it will be relayed to the officers and should be in full detail, so they know what they getting into.  It is not always communicated that way, that can be an issue.

Today we do have more information at hand with crime mapping, analytics and predictive analysis. That makes the difference for all concerned.

From both sides, citizens and law enforcement have to have a far better understanding.  Yes, it is a 'them and us' issue.  Both sides are reactionary and not always in a peaceful way.

From both sides, deal in facts and not by 'hearsay' or inconclusive videos.  The officers and the majority of the bystanders always arrive after the incident is over.  Then is when speculation begins and is seen in many different ways.

This is a time to take a deep breath and rely on reality, not half truths.

Posted by Police Best Practice at 8:13 AM No comments: