Priority #1 - Active Shooter Plans For Your Complex And Buildings Operational 9 A.M. Monday Morning, If Not Sooner! 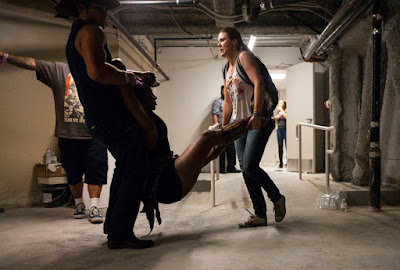 The security of places of employment, entertainment and public gathering, which includes anything for a hospital to a casino, must have secure response plans in place.  If not, the liability is beyond believed in economic and social responsibility.

The latest killings by terrorists in Kenya yet again spotlights that no-one is really ready!  (https://www.bbc.com/news/world-africa-46902564)

The shooting in Las Vegas is another reminder of what is waiting to happen and will!  We repeat our information regarding other incidents recently.

We must be proactive and prepared!

The nightclub killings, the fired employee/client who his so pissed they resort to an attack with a gun.

Do not brush off the attack on the Shopping Mall in Kenya, Africa as a world apart from where you are!  Naivety Kills!

The Washington killings of were but one gunman on a Naval facility that did not allow trained personnel to carry their weapons.  This Mall, like all large malls in Africa and Asia, has armed guards and the terrorists and nutcases know it. 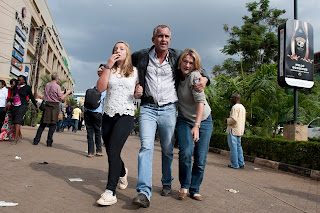 What was thought could happen went down in upper scale Mall in Kenya and the words of the Somalian terrorist group al-Shabaab, which has links to Al-Qaeda, has now claimed responsibility for the attack were clear, “Muslims leave, Non-Muslim we are killing you”.

The message is clear and is ringing out loudly around the world, reactivity still kills, proactivity saves lives.

It is about preparedness to the ninth degree and beyond.  There is no more pussyfooting around regarding people who hate you and wish you dead! 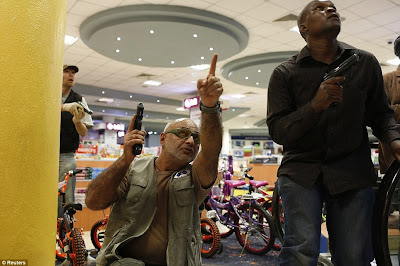 All western Malls, public places such as stadiums, concert halls and places of gathering always have been vulnerable, but we brushed it to one side and believed a security checkpoint or handbag search would suffice.

Just like 9/11, our airports had National Guard stationed everywhere to protect the public.  Wrong, it was just a show that would appease the public, the guardsmen never were given bullets for their weapons!

Now, not tomorrow or next week, but now, we must prepare for all eventualities and trust no one!

LENSS the communications solution beyond anything you have heard of, seen or encountered.

The solution is there for your preparedness plans and staff to advise and assist in your implementation of such needed plans and will evaluate the risks, answers and full preparedness operational requirements.  We cannot do it all, be we are able to provide the building blocks for you to take the steps.  Communications in the palm of the hand are first, all within thirty seconds of issuing a BOLO to staff within and the law enforcement and emergency response.  It far more than that which cannot be explained here.

Our job is to Reduce the Fear Factor and Increase the Comfort Zone and have been operational worldwide with expertise from all situations since the 1960’s.

Please, Please Do NOT Do Nothing!
Be aware that there is no time to put this on the back burner.  As I stated last week on the Blog:

So, someone knew something did they not?

If you have concerns about someone, you need to respond to management within your company immediately or if it is a family member, discuss and take action for the safety of others.

What will be the next incident that will be splashed across newspaper headlines and television screens?

We did nothing and it is Déjà vu, all over again…

Do not be this week’s prior headlines...

Copyright 2019
Posted by Police Best Practice at 3:00 AM No comments: