The Reversal of Self Misfortune Tortoise (Corporations) & the Hare (Hackers)

The Reversal of Self Misfortune
Tortoise (Corporations) & the Hare (Hackers)
by Nick Ashton, CEO/CTO, CommSmart Group of Companies 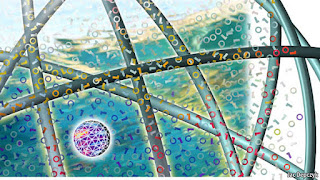 We should all know the Fable of the Tortoise  & the Hare, making us understand overconfidence on what we perceive.

I know that the tortoise won, but let us change it up a bit!

Let us view this from a complete different perspective and use the same two animals.  Clear your mind of the fable and let us begin:

Once upon a time there were corporations globally that use do business the good old fashion way, being honest and true to their customers.  They made a profit as they grew slowly, building a following, not only customers/clients, but those that wanted to come work for them.  They were the stalwarts of the city, town, village and county and in some cases even the state.

Very rare to find this today, just like landowners that have been swallowed up by over zealous farming conglomerates.  Where size matters and ruling by an iron fist is all they know.  That is why the important housekeeping items are left out and forgotten.  The mission is purely profit and they do not care how they get there and who they trample on!

Today, information is collected in super abundance where scarcity has been the norm for centuries.  Too much at such a high rate of speed, you cannot comprehend in a meaningful manner.

When the Sloan Digital Sky Survey started work in 2000, its telescope in New Mexico collected more data in its first few weeks than had been amassed in the entire history of astronomy.

Now, its archive contains a whopping 140 terabytes of information.

A successor, the Large Synoptic Survey Telescope, due to come on stream in Chile in 2016, will acquire that quantity of data every five days.

Business information management that is helping corporations/organizations to make sense of their proliferating data is growing by leaps and bounds. In recent years Oracle, IBM, Microsoft and SAP between them have spent more than $15 billion on buying software firms specialising in data management and analytics.

This industry is estimated to be worth more than $200 billion and growing at almost 10% a year, roughly twice as fast as the software business as a whole.

Chief information officers (CIOs), Chief technology officers (CTOs) and IT department heads have become somewhat more prominent in the C-level executive suite, as a new kind of professional has emerged, the data scientist, who combines the skills of software programmer, statistician and storyteller/artist to extract the nuggets of gold hidden under mountains of data.

That the job of statistician will become the “sexiest” around. Data is are widely available; what is scarce is the ability to extract wisdom from them.

There lies the issue!  The ability in understanding and the pure volume that is bombarding us, our data silos and the security for all.

Scientists might be excellent in their field, but know nothing of the real world of the hackers, phishers and man in the middle brutal attackers.

Hares breed, just like rabbits!  The Hackers are the hares and are working in their masses, although in most cases singularly or a tight group on Profit, not Pride.  They want to steal as much financial information of the population as possible and they target those that have large customer/client bases or third party access to said data.

The Internet is their King!  It is an information sewer that more than stinks.  We are all connected, there is no six degrees of separation.  What is being stated on social media, financial forms and general text messages are being seen, stolen and sold by a band of miscreants who want it all!

They want it now!

The Tortoise, the corporation, is so slow and reactive in all they do, it is no wonder that they fail in the protection of the entrusted customer/client information generously handed to them when they ask the questions.

It is the corporation's Duty of Care and Corporate Governance to protect this freely given information.

Stop Being a Tortoise!

The minute by minute hacking attacks require a new realm of protection by dedicated teams.  from who is looking at your servers and data to full Data in Motion security.  Plus all in-between.

Posted by Police Best Practice at 7:20 AM No comments:

For those of us that have lived and breathed terrorism for the past forty-five years and from where the inception of the resurgence of the bomb and the bullets started, our honed skills prove a frugal method of understanding the mindsets and actions.

Cyber terrorism is nothing more that placing fear in the minds of the population with far more reaching and personal effect.

The shockwave of a bomb has a certain diameter due to the amount of explosive used and its location.  In all cases, it is localized and focused on a specific target with inevitable collateral damage.

Cyber terrorism is global, targeted and far reaching! The perpetrator never has to leave his or her position in front of a keyboard and screen.  No real materials to purchase, just an Internet connection, computer programming knowledge to ply their dubious and devastating wares and prey on us all.

The  collateral damage from Cyber terrorism is far more concerning.

A corporation who collects the personal data of its clients/customers, vendors, sub-contractors or shares with a third party and does not secure/protect this information, is of major concern.  So is where they store this valuable data, accessibility and who they employee! 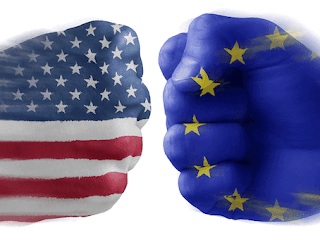 With the Hackers, Phishers, Man in the Middle Brutal Attackers penetrating corporate data servers every second of the day worldwide through lack of security, is mind blowing and downright disgusting.

Where is the integrity, common sense and moral standards of the leadership within worldwide corporations both large, medium and small?

The questions are not new, it is they are not being understood!

copyright 2015
Posted by Police Best Practice at 4:54 AM No comments: