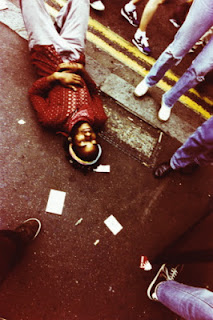 Within the DNA of teens, black, white, Asian, African is the fact they all want to be men and women, now, they emulate the behavior of the adults that distantly surround them. Wrongfully of course, as they are being misled into a den of iniquity.

Behavior? More like social anarchy which is leading them down a path of nothingness and destruction.  These are not role models, heroes or even in good taste.  Mind you, the understanding of social acceptance is so low on their totem pole, it is buried in dirt.

If we are to wind the clock back to the days when children, teens, had respect for their elders for the right reasons, it is going to take more than curfews, restricting places they can visit, such as the malls, cinemas, and food joints.  It is going to take much more than the effort that is being thought of today.

Today, we are all being reactionary and that will only incense the so-called KiDULTS to puff out their chests and do damage to society the only way they know how. It is the I want it now generation, showing their underdeveloped, untrained, bought muscles, who they think by intimidation, group threats and going to the places only civil people go with their families, is the way they make their mark.  Like a dog urinates on its territory, they show their pathetic manhood which will be removed surgically, precisely without anesthetic in front of us all.

There is no more time left to soft-pedal these dirtbags who believe the lefty liberals will protect their rights of free speech and racial oppression.  Downright violent intimidation has nothing to do with race, color, class or creed, it has all to do with RESPECT of all, which includes, black, brown, white, tan, yellow, pink and even rainbow!

The answer cannot and will not just come from the city public safety department, businesses, mall owners, city councils.  The community has to work together to eradicate the senseless drive of these low life’s. They have to be taught to sing to a different tune and stop that abusive crap rap stuff, which they think is cool and hip.

Remember what the Pied Piper did, we removed the rats and the story goes, that he was not paid for his work and he removed the children as well.  In this case, the children are being removed by your own hands, by not taking the bull by the horns and enacting discipline in the home, school and saying no more than once in a while and meaning it.

My mother disciplined me, my brothers and sisters harshly and deservedly, we have turned out pretty good.

It is a concerted effort in the circle of life that has to be enacted and not next week, but now!  We might have just sprung forward for Daylight Savings Time, it is now to be Community and Individual Savings Time that is before we have street wars which will lead to more deaths on our streets and filling our morgue. Now that is a good place to take these so-called KiDULTS to see the other side of life, DEATH, which is final.

More Mayors are asking why this is happening and how the streets do not belong to the gang bangers.  Guns don’t kill, people using them does.  Criminals will use anything at hand to inflict hurt, death and pain, in any which way they can and we are going to stop them in their tracks.

Gangs are organizations defined by crime and violence. When gang members habitually visit a mall, that mall is at significant risk for increased crime, hazards to its visitors and highly negative public relations in the local community. Only a community security-led effort will effectively prevent gangs from gaining a foothold at a mall, or deter gangs from continuing to visit if they are already in the habit of doing so. Dealing with gangs takes special skill and first-hand experience.  In fact, it starts at home, school and the community in how we are taught and how people recognize the possible problems and are proactive in their efforts.

A partnership between public safety and an understanding of the general management of the malls focused security and often community groups can and will help deter these unwanted neighbors. CommSmart Global Group through the Pied Piper Project’s experience has multiple systems for assessing gang activity, through its crime analytics, tracking, next event predictability, formulating strategies, coordinating with police and enlisting community support.  It is about knowledge and acceptance that in today’s society there is a breed of individuals that know no difference and object to ownership of property and family activities.  Both of which they personally do not have and terrorize others that do.  These individuals are nothing more than Street Terrorists and must be treated as such.

Officers and the community are taught about gang identifiers, the effects of a gang's presence on a shopping center, the use of Gang Profiles and how to monitor individuals suspected of gang involvement while they're on the property. Tracometry Group of Companies works with shopping mall management to develop Code of Conduct policies that prevent the wearing of apparel intended to indicate gang membership or to communicate gang behavior.  Even to the point of security on all entrances and exits monitored during all operating hours.  Police officers completing Field Interrogation Reports with photographs of the individuals, their clothing, and tattoos, which is collected and stored in a database for verification purposes.

Gang Identification and Deterrence
One mall was literally surrounded by gang turf. As such, the mall became a central location for gang members to collect and cause trouble. The effect was shoppers stayed away, tenants were unhappy and mall management became frustrated. It is affecting business and everyone’s livelihood. Yes, it is about the money!

You must first reach out to the community and individuals who are involved and use hard-hitting intervention proactively on them. To the local community police for intelligence on the gang community to better understand the landscape. The city transportation system installed an alert to the central office of large groups traveling to one location.  Equipped with that insight, the mall management can develop a strategy, process and training procedure aimed at identifying gang members, monitoring their behavior and tactics for engaging the gang members proactively. A key ingredient to the operation included continually liaising and partnering with local community and police, who will be dealing with the gang members on a local community level.

In this malls case, once the strategy was deployed, gang members were quickly identified and engaged as they entered mall property. This interaction reinforced to them that their activity was being actively monitored and allowed security to quickly intervene should a disruption occur. Ultimately though this strategy, it became less convenient for gang members to interrupt normal mall activity. As such, gang presence was significantly reduced. The outcome; shoppers returned, tenants were happier and mall management was able to improve tenant retention and occupancy.

Importantly at the grassroots change that occurred as well. Education is a priority, Trust, Respect and Pride in the home, employment, start-up local companies in the neighborhood, all are part of the package to deal, solve and introduce solutions to those that want to come out of their hell hole.

The Pied Piper Project makes that difference… at the root, the community, the home, and the schools… 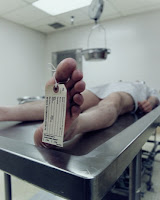 Do You Want Change Or Will We See
Your Teen In The Morgue Next? 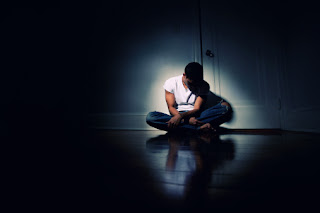 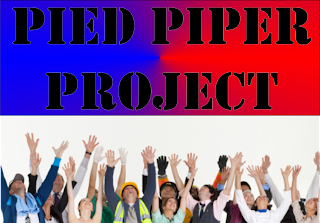 copyright 2018 – All Rights Reserved
Posted by Police Best Practice at 3:30 AM 1 comment: