See Something, Say Something In Regard To Harvey Weinstein & Other Sex Offenders In Our Midst 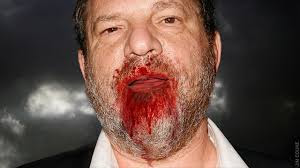 See Something, Say Something In Regard To
Harvey Weinstein & Other Sex Offenders In Our Midst

Acceptance for sexual abuse and other offenses are just another example of our personal failure in reporting actions by others, including terrorism, law-breaking, pure anti-social occurrences, and behavior.

Weinstein is a sexual offender and on many occasions, which no one said anything whatsoever!  If they did, they have been brushed aside because of who Weinstein is in the Movie industry.  His so-called power and money!

Yes, times have changed, even more so with anti-social social media coming into play.  It does not mean all forms of lawbreaking are acceptable.

Weinstein is not alone in these disgusting sexual acts of aggression, he was and still is surrounded by others in the corporate world who knew it all and even emulated his sexual actions towards women.

The Weinstein Sexual Power Group dominate and control women with pure sexual manipulation.  It is not just in the upper echelon of society, it is on the high streets, neighborhoods, and right next door to you.

See Something, Say Something, please listen to those who have been abused, check their stories because there are those that only verbally tell a tale and use to harm innocent people.

Those that 'jump on the bandwagon' when these events are reported are many.  We must listen and use evidence to prove these claims and investigate to the fullest extent of the law in all cases.

See Something, Say Something on all levels is required to maintain safety and security levels!

Posted by Police Best Practice at 7:29 AM No comments:

It's Time to REALLY Listen to 'We The People' 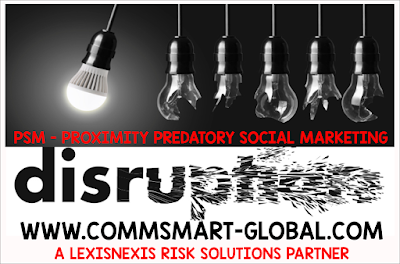 It's Time to REALLY Listen to 'We The People'
by Nicholas Ashton, CEO/CIO, CommSmart Global Group

We all need to heed the wisdom of our founding fathers to form a more perfect union.

We the people ask for liberty and justice for all. The people speak, the media presses, activists protest, but the government does not redress the people's grievances or wants and needs, or so they think!

Are the words of our founding fathers to be cherished, assimilated and begotten or should these words be perished, repudiated and forgotten?

In this unsocial social media driven world, it is more than the words in a survey or comments from a distant politician, it is about our surroundings, where we live, shop and play. Groups of county or city leaders must know the pace of society, their desires, unrest, and goals. It is more demanded today that even three years ago!

Sure, the global picture is not a pretty sight and we cannot change the bigger picture all on our own, but we can on a local basis, which are the building blocks that are required.

Iowa has a distinctive connection to listening and Washington politicians knew it!

Back in the late 1800's and early 1900's, there were more politicians in Washington D.C. from Iowa than anywhere else, remember, the mid-west was dominating back then. So when questions regarding political issues were being asked, the comment came back, 'I have no idea, ask Iowa!' Which they did and Iowans back then, shaped a lot of the grassroot issues.

Asking questions and having the ability to answer has always been the Iowa way, and must continue today. Times might have changed and so has our connection to our citizens, they all have a communications device in the palm of their hand and it is not just a phone, it is a Smartphone!

The ruthless truth is, more than often, our marketing messages are ignored and our perspectives – no matter how valuable — are being missed and dismissed.

The Western World is bombarded with thousands of ads and calls-to-actions a day and the statistic is: people are becoming insensitive with information overload.

Then along comes Proximity Social Predatory Marketing and is the answer to being heard above the incredible noise. It’s a development that challenges any preconceptions we may hold about how establishments can expand their client/customer base or information gathering.

This is an Extreme Successful Marketing Reality

The way marketing supposedly works is that we all have been taught to use a continuum of marketing techniques which has followed a pattern for decades. That it’s about meeting the needs of customers. But this has more than changed!

A battle for individual attention, with a whole new meaning.

Regardless of whether the target of a Proximity Social Predatory Marketing campaign is a single business, a group of businesses or potential customers, the process is relatively consistent.

Proximity Social Predatory Marketing is the disruptive tool to disarm your competitors and will ensure your company is in a position of strength and ultimately boost your profits with current up-to-date information.

For those that wish to reach citizens to understand their wants and needs, there is no more direct method than a proximity marketing campaign.

CommSmart Global Group – Digital Dialogue Center
A LexisNexis Risk Solutions Partner
It is productivity perfection personified!
WE ARE IN THE NOW AND KEEP YOU; IN THE KNOW…

Copyright 2017
Posted by Police Best Practice at 6:50 AM No comments:

These Are Not Tears of Joy... 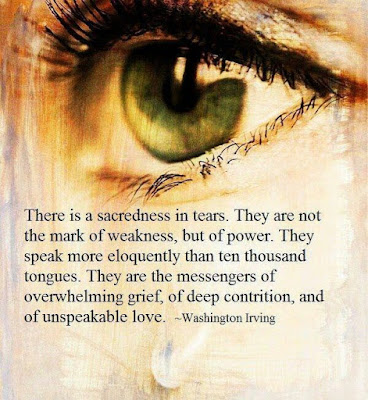 These Are Not Tears of Joy...
by Nicholas Ashton, CEO/CIO, CommSmart Global Group

As we all age, some worse than others, we reflect on our lives and how we basically have all 'fucked up' along the way.  Though really never wanted to admit it in public, we all know our dark dank secrets that we keep locked away in seclusion, hoping they stay that way.

Oh if only the politicians, religious zealots, nutjob murders, movie producers, and corporate gods were listening, would this be a better world?  I think not, it has been unsocially entrenched since water was turned into wine.

Since we all got on this social media bandwagon that has caused civil unrest, compact world wars and more divorces than imaginable, no two days are the same.  Innocent incidents like a road accident where people are hit on the high street, immediately seen as a jihadist plot or a car backfiring resonate as a terror attack, simple innocent events that mean fear is amplified among us all.

Where the hell did we go wrong, Mark Zuckerberg?

Let's face it, social media is responsible for more deaths, suicides, divorces, and drug overdoses than your God wishes to admit too.

It is the beginning of another week and what lies ahead is truly unknown.  Only those that have planned horrific acts and waiting for the right time to enact the planned atrocities, shock us and to be a headline for a week, replacing all the 'Fake News' syndromes.

So what is the next dismal headline?

Posted by Police Best Practice at 4:56 AM No comments: