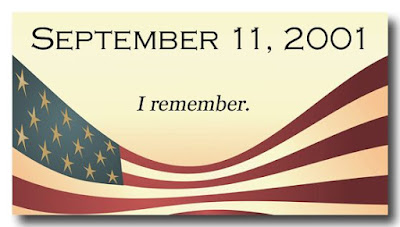 I will never forget the morning of September 11th, 2001, as the very personal attack of terrorists took place on American soil.  The fear that gripped the faces as they ran from the clouds of the debris of the collapsing towers, not knowing if it was their last hopeless steps.

We were asked to come to New York to assist in the terroristic concerns and work with NYPD and the US government.  We as a team drove through the night to reach this challenging situation.  Working there over a period and understanding what had happened was daunting, but necessary.

This was not the first attack at the World Trade that I had responded to. 1993, the first failed attack.

To see the fear of those fleeing, the running invigorates the body and brings on all sorts of emotions and triggers the senses within.  The Good, Bad and the Ugly surface and take over our emotions as they did, that awful day.

The sense of fear has never left many and is triggered by other acts and events that occur around us on a daily basis.  If you let terrorism be one of those triggers, the insane morons have won.  Easy for me to say I know, believe it or not, I do have a heart, emotion, triggers too and control.

I was watching a segment on BBC television regarding the killing of the soldier and two eminent professors making some simple statements that I have always have rolling around in my head.  To some, they are stock answers on terrorist attacks and the feelings of people.

A simple one is:

You are much more likely to be struck by lightning than killed by a terrorist.  (Might need to ask golfer, Lee Trevino that question)

The jihadist is wanting and succeeding to instill fear by a dreadful attack on the human race and by any means that brings the attention of groups, individuals and importantly, the media.

Making the front page of the local rag and #1 story of the local evening news on television is the goal.  We humans, bow to their wishes, each and every time.


Part of Speech: n
Definition: the extent to which a person's fear keeps them from doing something; any feeling of fear that prevents an action

In November 2001, I completed a series of How to Reduce the Fear Factor and Increase the Comfort Zone lectures and seminars in the United States.  Massively successful and addressed many audiences of Public Safety and Corporate America.  Never had we addressed this issue before, as no one believed it could ever happen in their lifetime.

All security has, and rightfully so, concentrated on the explosive and the gun as the weapon of choice of the jihadist.  Technology and sophistication of bomb-making and being able to beat the system of detection devices, from the simplest, the canine nose to the extreme of technology, electronic sniffers and x-ray devices.

The killing has come full circle once more.  The knife, a simple piece of steel that is so cold in the killing of another human being.  They say history repeats itself and we never learn from our mistakes.  Complacency is always the underlying factor and we are extremely good at letting down our guard in times of need.

The CommSmart Global Group, now with Entrical Suite of Solutions is embarking on a new series of seminars next year to bring to Public Safety departments and Corporate America, the need to be communicating from within and setting higher standards for leadership and understanding.  It is a combined Duty of Care for you all to understand our responsibility to all.

We must never forget those that have laid down their lives for us to live today.  We must remove the fear factor and increase our comfort zones, one and all.

Reports over the years have told us:

In the years after the 9/11 attacks in America and the 2005 London bombings, there was fevered speculation that Al Qaeda might soon belabor the West with biological or even nuclear weapons.

Our forefathers who braved two World Wars and the Cold War would be bewildered and, I think, dismayed that such an action could generate such turmoil.

The specter of an ‘enemy within’ is bound to be more disturbing than any foreign threat.

While most Muslims wholeheartedly condemn the killers, we know from bleak experience that a significant minority will tell opinion pollsters they actually endorse what was done.

We must nonetheless sustain a sense of perspective. Racially aggravated murders, claiming victims of all races, have been taking place for many years.”

It will go on unless we increase our comfort zones and stop the madness…
We are in the NOW and
KEEP YOU; in the KNOW…
www.entrical.com