The Truth Does Not Take Sides... 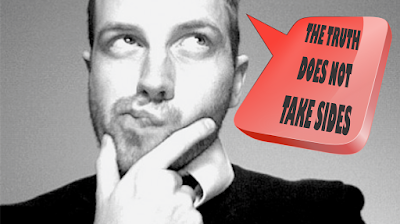 The Truth Does Not Take Sides...
by Nick Ashton, CEO/CTO, CommSmart Global Group of Companies

"Let us then suppose the mind to be, as we say, white paper void of all characters, without any ideas; how comes it to be furnished? Whence comes it by that vast store, which the busy and boundless fancy of man has painted on it, with an almost endless variety? Whence has it all the materials of reason and knowledge? To this I answer, in one word, from experience: in that, all our knowledge is founded; and from that it ultimately derives itself."

We start with a blank page and delve into what we have been taught, learned and searched out for ourselves.  Only mindless people can be indoctrinated, shallow individuals without cause by someone else.  Their fluidity of reason and action is likened to that of a puppet, controlled by the Master Puppeteer.

Locke clearly believes that we are born with a variety of faculties that enable us to receive and process information (the senses, memory, our ability to use language, explored in some detail in his Book III of the Essay) and to manipulate it once we have it, but what we don’t have is innate knowledge or ideas. These have to be introduced to us and it is in the method of introduction that the issues of indoctrination fall.

But there is much more to it than that. Locke believed deeply in humanity. He was not a secular thinker, in fact he was a devout believer in God, but he thought that the God-given faculties we possess, especially the ability to reason, gave us a unique place in nature which we should take full advantage of. Locke was a political animal, intimately involved in the changes taking place in England at the time, and a great believer in individual freedom. His was a political project and his interest in the mind had a practical purpose behind it – he wanted to transform society and organise it in a rational way. His rejection of innate ideas was intimately linked to this project for it is all too easy to claim all sorts of principles as innate in order to maintain the status quo, meaning that people “might be more easily governed by, and made useful to some sort of men, who has the skill and office to principle and guide them. Nor is it a small power, it gives one man over another, to have the authority to be the dictator of principles, and teacher of unquestionable truths; and to make a man swallow that for an innate principle, which may serve his purpose, who teacheth them.”

You better understand this, as our forefathers based the whole Declaration Independence and the U.S. Constitution on John Locke's works and writings.

Truth, what is truth?
But what is the truth in Locke's eyes?

Isn't the truth relative to each individual (this is a position called "epistemic relativism")? Don't I have my own truth which might be different from yours?
The short answer is, NO. Most people who propose Relativism of this type are simply confused about what the word 'truth' means. So, let's be clear about what the word means:

Definition: 'Truth' means, however the universe actually is.

Just because someone says it, it does not have to be true.

This is the case of Radicalized Religious Extremists who twist the words of Prophets for there own liking.  It is is not just Christians and Muslims that have used this through the ages.

Today the focus is on Radicalized Muslims who have a track record of killing in the most barbaric way and want we call a civilized world to support their actions. if we do not, they will kill us all.

Their actions are irrational and erratic in nature and use the Fear Factor to instill their sadistic message.

It is no good chopping the head off the snake, it must be exterminated entirely by a collective global force.

These radicals are not the only ones attacking us, a digital war which involves us all, every second of the day is being waged against us.  It is being disregarded by the corporate world and leaving us all in harm's way.

The Internet of Things as some are calling it, is actually an uncontrollable tragedy that will be responsible for the demise of people.  It does not have to be this way.

Hacking and controlling our utilities, power, gas, water, sewage and transportation are susceptible to being compromised and must be addressed now, not next week or next month, but NOW!

It is not just they have the ability to steal your financial and personal data, totally messing up your life.  It is the fact they want to do this and know that businesses are allowing it to happen!

These are the facts, the truth...  YOU, not a government can only protect YOU!

The Truth Does Not Take Sides...

Posted by Police Best Practice at 6:09 AM No comments:

Nearly every major bank is using second-rate security to guard its website.

Nearly every major bank is using second-rate
security to guard its website.

Capital One, JPMorgan Chase, Suntrust, Wells Fargo -- none of them use what's commonly referred to as the "best practice" in the industry when it comes to Web security.

The worst offenders are HSBC and TD Bank.

We can change that right now!  (Full Whitepaper is available with NDA/LOI)

Our solution is a (virtual) appliance based product which seamlessly fits into your existing network infrastructure. It automatically creates, distributes, and (de)installs, short-lived X.509 user certificates with corresponding cryptographic key-pairs, for the purpose of user & device credentialing and secure access control.

X.509 is the industry standard since the 1980’s and is supported by all major network components and enterprise application solutions, making it the perfect unified access control solution.

Thus far managing X.509 certificates has been one of the greatest cost factors in high secure environments, mainly caused by the required administration efforts.

By re-using your existing authentication environment, optionally leveraging it with our trusted corporate & Bring Your Own Device (BYOD) device recognition, reducing the lifecycle of the certificate, and ultimately automating the certificate requests, creation, distribution and (de)installation; certificate management has become easy as pie with our Trusted Device solution.

It not only secures the sending of user authentication credentials and enables encrypted access to the network to the highest level to protect against harsh attack vectors such as Man-in-the-Middle and brute force, but it also helps to significantly reduce cost.

Administrators have less work in configuring networks for different kinds of authentication, but end-users can also become more productive thanks to Single Sign-On to applications and network environments.

Identifying your trusted employee and partner devices to conveniently yet securely access your corporate applications is the most common use. Frequently in combination with existing HP, Palo Alto, Cisco, F5, CheckPoint, Juniper, and/ or a range of Open products.

Smartphone app builders commonly face their app data-stream and app-server getting hacked. Our API can be your security module in your app.

We handle it all, for dozens up to hundreds of millions of users and devices.

Passwords are the cause of the majority of the cyber-attack issues and we still use them!

Red Tagged (E3) End2End Encryption uses a Device DNA which each device or machine has. It is the device that is authenticated and not reliant on a user password that can be taken to another device and used as the log-in.

Yes, we can still have a password, but that is not the key to entering the system. Many safeguards can be in place also, from GPS location, Geo-Fencing and many others, the key is the Device DNA which is created at the authorization stage and is extracted from the device in many ways and elements.

Desktop, laptop, tablet, Smartphone it does not matter, the days of concern for BYOD are gone! You just setup internally a SOP (Standard Operating Procedure) for usage to the corporate servers.

The connection is universal, meaning even in Wi-Fi Hotspots conferences or hotels the solution protects and serves the security factors on both sides.

Secure Application Access
Secure access to online applications is generally made possible through the use of HTTPS.

By simply enforcing the requirement of client side digital certificates on the target server or firewall or VPN, you effectively create a highly secure 2-way SSL authenticated encrypted tunnel over TLS.

This feature is by default supported by all major server side Operating Systems, and all major enterprise application solution suppliers. Such as: Microsoft, Cisco, Juniper, CheckPoint, Palo Alto, HP, IBM, SAP, Oracle, “open” solutions, and many others.

Built-in high availability feature, allowing for each instance to be aware of the health status of all other End2End Encryption (E3) instances. As a result, should an appliance ever become unavailable, automatically another can take over, without you having to rely on 3rd party high availability solutions.

(E3) delivers a unified architecture for perimeter, internal and web based access control, based on the industry standard X.509 digital certificates.

• Runs also under your existing CA

• Enables a wide range of secure branch and remote-access options 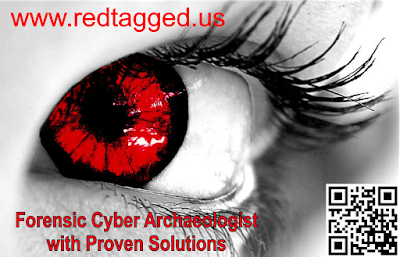 copyright 2015
Posted by Police Best Practice at 10:26 AM No comments: 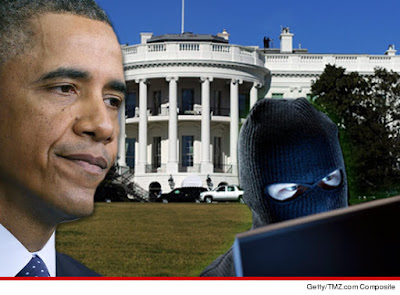 Terrorist Are Attacking & Killing, Instilling Fear Worldwide. Cyber Criminals/Terrorists Are Stealing Digital Information & Using What is Rightfully Yours.  Ruining Your Life and Instilling Fear Of A Normal Life.

Having been involved in physical and cyber terrorism since the 1970's, the statement by the American president to the nation, is more than concerning.

It has taken him seven years to admit that there are terrorist who are using Islam to terrorizing the world?  Religion has been used in a radical form since they were introduced, as a controlling community tool.  Organized religion has been with us since the concerns of the Emperors of Rome and the emergence of Christ.  Mohammed came 600 years later.

The world's oldest religion still being practiced today is Hinduism (known to adherents as 'Sanatan Dharma', Eternal Order) but, in what is considered 'the west', the first records of religious practice come from Egypt around 4000 BCE.

Organized religion encompasses them all, Catholic, Baptist, Church of England, Methodists, Presbyterian, Muslim, Judaism, Assembly of God  and any other denomination that is out there practicing their organized beliefs.

Hackers, Phishers and Man in the Middle Brutal Attackers are also organized and use the Dark Web to practice their digital terror and thievery.  In fact these miscreants do more damage that all of radical terrorism put together.  No, they are not using the bomb or bullet, they are using the fact that our digital cyber world is unprotected.

Cyber security is the responsibility of us all!

Corporate cyber security is a Duty of Care and a Corporate Governance.  Failure at this level is shameful and makes the BRAND, shareholders and more importantly, the customers and clients extremely vulnerable.

Stop the procrastination on what to do, just take action to have the finest protection and solutions.

Logical proactive solutions are here with Red Tagged and our worldwide team can assist those that wish to do the right thing. 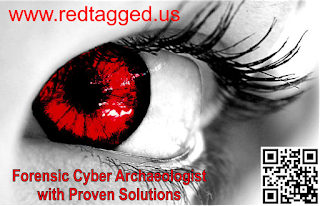 Posted by Police Best Practice at 7:04 AM No comments: