What If He Is Right? 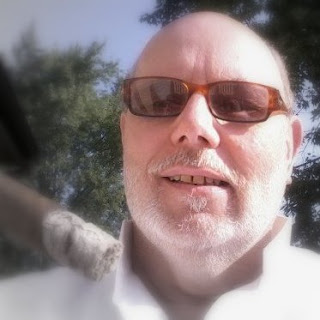 What If He Is Right?
by Nick Ashton, CEO/CIO, CommSmart Global Group 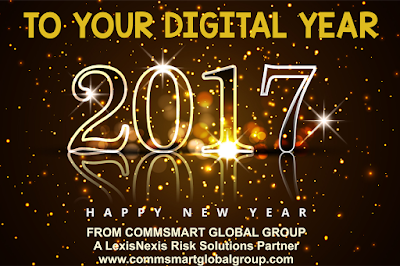 I know, some think that I take things to the extreme in the statements and it is all pure marketing hype.

As I listen to Bach this morning on the last day of 2016,  it is the Piano Sonata No.11 in A major.  It reminds of the silly chatter splurged with profound statements.  It is those statements that make all the difference as they form the structure of conversation and to whence and where it goes.

Many ask the questions of why climbers climb daunting mountains, placing their lives on the line with every move they make.  As Bach's Fur Elise now glides through my ears and punctuates these sentences, I fully understand why they climb and accept the crevices and footholds of the mountain before and above them.

It is there and it challenges their human ability to overcome the complexities of mind over matter.  The physical extension of man against nature, knowing one false unprepared move is certain death. They have practiced, trained and making many life-threatening mistakes.  All whilst in a safety harness allowing them to experience and learn from the exceptional mindset of taunting death.

That is the power, to overcome successfully the challenges of life and winning!

Having been at the onset of commercial computing, watching the newborn industry, grow, make mistakes and allow users to become ignorant to what "real computing power" is sickening.

Like everything in life, there is good and evil in all we do.  No one is perfect and never will be.  That does not mean we must give up, cry and feel sorry for ourselves.  It is the drive to be the best at what you do, learning from those stupid mistakes and enacting change.

Cyber security is the perfect example of opinions, facts, and myths.  Since I started back in 1976, Information Technology Management has not changed, not one iota! Still aloof know-it-alls who sadly understand only one way to do things and have never ventured outside of their timid comfort zones.

The black holes of thinking you have all the answers as you waste away in a cocoon abyss.

Forgive me, for I do know what I say!

We are not here to take IT's pants down and show the zits on their rears.

Our collective worldwide team has amassed "real time expertise" in all facets of commerce.  Yes, from analog information to digital data, HR to Production, Sales to Transportation, Customer Service to Change Management and lastly and importantly the Shareholders, Customers/Clients.

Our understanding impacts all.  It is one thing to recognize the issues, it is far different when you can resolve with perfected solutions.

That is the Red Tagged Difference!

Sure, cyber security of entrusted data is at the lowest ebb ever.  Companies being hacked and compromised each and every day.  Your Information Technology department is overwhelmed, understaffed and deficient in the budget to complete the task at hand.

2017 is the year that YOU must protect all entrusted data, report any compromise or attempted compromise of your servers. If not, the fines are massive!

Any company that does business in Europe falls under the EU Data Protection Act.  Meaning you will be fined 4% of your gross if you fail and found guilty.

The positive note is simple, Red Tagged is available.  As Cyber Forensic Anthropologists, we go much deeper in understanding the issues, having the "real time tools" to fully understand and resolve your cyber security issues.

We not only speak English, we speak logic and not gobbledygook! All parties will have a full understanding, the CEO, C-Level Executives, Board and Shareholders alike.  All on one page for the betterment of all.

We await your call and are only restricted by time and availability. 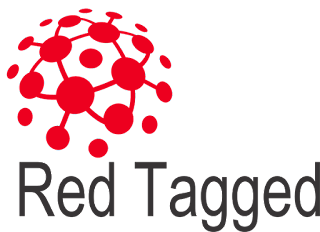 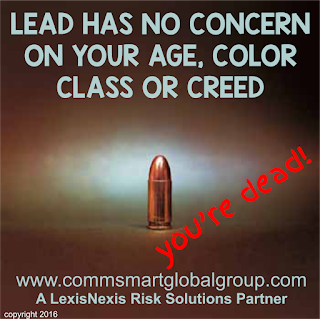 Posted by Police Best Practice at 7:16 AM No comments: 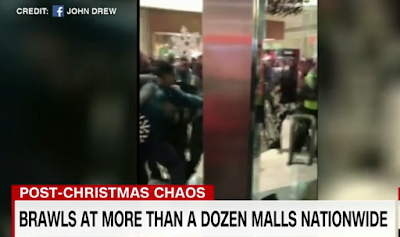 Social or Anti-Social Media is being used to incite teens to crowd malls and cause disruption.

It is reported that brawls and food-court fights played out at more than a dozen malls across the United States in what proved to be a chaotic day after Christmas mall rush.

The mayhem was captured on social media with photographs, video and a lot of fingers and thumbs posting reasons to come to the mall and get into a fight. The chaos prevented some shoppers from grabbing clothes off clearance racks and returning gifts and the disruption was a level never seen before.

The mall incidents, which ranged from minor melees to mass evacuations, occurred from Colorado to Tennessee and Texas to New Jersey.

Law enforcement does not realize that compliant Social Media Monitoring is available and absolutely assists in catching the criminals.  What pictures and video they post, law enforcement has 'live' access to.  Geo-fencing the location allows you to glean all involved through their social media accounts.  It even allows knowing their exact location and social connections.

Align these capabilities with our community crime mapping, crime/predictive analysis with social media monitoring and we will bring you true Digital Policing. Saving you time, money and increasing productivity, whilst protecting your community.

Our professional services include full coaching and mentoring from a global team of ex-law enforcement at all levels.  21 years of global success and understanding is at your service. 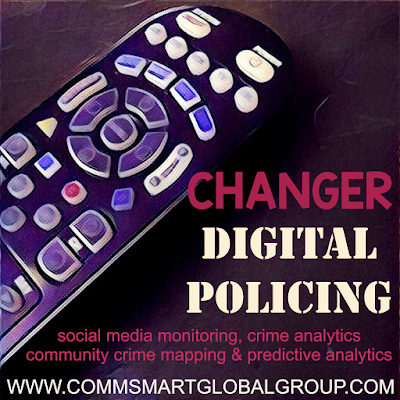 copyright 2016
Posted by Police Best Practice at 6:10 AM No comments:

Why Would You Destroy Your Home, Culture & City? 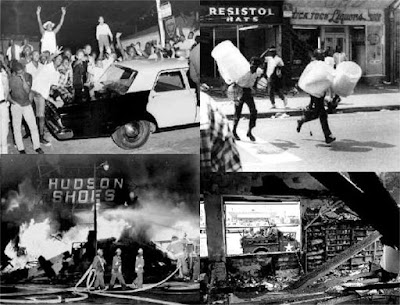 Once upon a time your home was your castle, you left the doors unlocked and there was a door knocker for people to knock on your door, to apprise you they wish to come in and converse.  They did not enter on their own until invited in.

What The Hell Happened?

Perfect examples are the Watts Riots or Rebellion, on August 11, 1965, Black motorist was arrested for drunk driving. A minor roadside argument broke out and then escalated into a full-blown fight.

The community reacted in outrage to allegations of police brutality that soon spread, and six days of looting and arson followed. Los Angeles police needed the support of nearly 4,000 members of the California Army National Guard to quell the riots, which resulted in 34 deaths and over $40 million in property damage. The riots were blamed principally on police racism.

It was the city's worst unrest until the then Rodney King riots of 1992.

The riot started in South Central Los Angeles and then spread out into other areas over a six-day period within the Los Angeles metropolitan area in California. The riots started on April 29 after a trial jury acquitted four police officers of the Los Angeles Police Department of the use of excessive force in the videotaped arrest and beating of Rodney King, following a high-speed police chase. Thousands of people throughout the metropolitan area in Los Angeles rioted over six days following the media announcement of the verdict.

Decades later, California has changed and not for the better.  San Francisco is grappling with out of control crime, community blight and some say it is the liberalization of the city that has sunk them to this despicable level.

San Francisco is earning a growing reputation for more than just its unmatched tech sector – for critics, the city stands as a profound example of the damage ultra-liberal policies can do.

After 20 years of envelope-pushing changes to grow government and ease law enforcement, the once-shining City by the Bay has turned into a place where:


“There’s a very tolerant attitude, you can very much do anything on the streets you want,” said Marc Joffe, director of research at the California Policy Center think tank. “As members of a civilized society, there are things you should not accept. But we have ignored that … and there is nobody on the other side setting limits.”

San Francisco’s lax attitude is nothing new and has served as a beacon for the American counter-culture dating back to the Beat Generation. But the city’s embrace decades ago of free love and drugs has morphed into something else.

Depending which list you read, San Francisco has the dubious honor of being at or near the top of numerous national surveys tracking homelessness, the cost of housing and other issues. One distinction is not disputed: it has the most property crime in the nation, according to the FBI. The city also has crafted defiant sanctuary city policies and is preparing to battle the incoming Trump administration on the issue.

And in the media, San Francisco’s brand has taken hits, with headlines such as “Why San Francisco is the Worst Place Ever,” “34 percent of Bay Area Residents are Ready to Leave,” and “Complaints of Syringes and Feces Rise Dramatically in SF.”

San Francisco District Attorney Terence Hallinan -- who had taught Marxist seminars and helped run the Communist club at UC Berkeley, an investigation by City Journal Magazine showed – also refused to prosecute “victimless” crimes involving drugs and prostitution, saying his focus was on violent crime. The DA’s resistance to taking a hard line against drugs prompted dealers to flood into the city from across the nation, City Journal reported.

Years later, the mindset remains. Smash-and-grab thefts from locked cars are so common that car repair shops have waiting lists. The city does not want to install surveillance cameras, and its aversion to tougher law enforcement had until recently left its police force at 1980’s staffing levels.

And there's this: “With a crime rate of 70 per one thousand residents, San Francisco has one of the highest crime rates in America compared to all communities of all sizes,” says the data collection site Neighborhood Scout.

“One's chance of becoming a victim of either violent or property crime here is one in 14. Within California, more than 98% of the communities have a lower crime rate than San Francisco.”

Not the picture or a community you want to reside in, millions do and with a leadership that is lost and Police & Sheriff’s agencies involved in more than an uphill battle, which they are in the negative on!

This is a challenge of mega enormity, CommSmart Global Group, a LexisNexis Risk Solutions Partner digests these issues for breakfast, whilst conversing on the solvable unruly concerns.

Our global team has a street level understanding and a listening ear with proven solutions, which will be introduced within the communities, government and law enforcement.

Of course, you do!

Converse with us and listen, as we will listen to you to understand your ideology and provide a road map with fewer bumps on the road and expensive archaic failed plans.

Simply email or call, we are here and we do not bite!

Our involvement in community change, counter-terrorism and cybercrime internationally allow us to think and act with the confidence demanded in these dire times.  We understand all concerns, methodology and speak the right language to you all.

Our solutions are available now and will be discussed via telephone with established law enforcement or government agencies.  Call or email us for verification.  Then, we can discuss and demonstrate.

Oh, have a cup of coffee at hand, afterward, you will understand why. 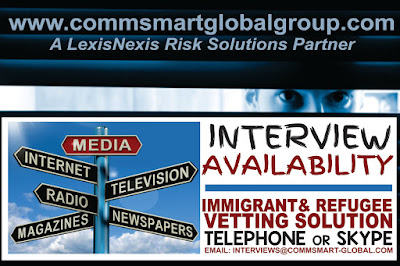