Divide & Conquer The Separation of Today's Communications, Voice, Data, Email, Text and Documents From the Internet 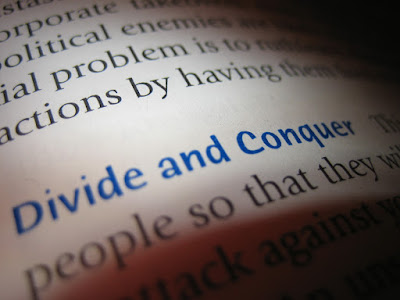 The increasing security dilemma is the World Wide Web, in regard to access by undesirables.  It is the one single thing that connects us all.

There is no six degrees of separation, we are all connected, via satellite, hard wire, Wi-Fi, 4G, 3G, Edge and even still, dial up connections.

With Cyber Security or the lack of it, we are all chasing the same goal, to stop the Hackers, Phishers and Man in the Middle Brutal Attackers.

Expanding upon this connection you have ISI, al Qaeda, rogue countries/government and many other terrorist factions using the Internet for spreading their message of downright hate, recruiting, death and yes, Hacking and Phishing as well.

The Common Denominator is the
Internet
This is not some wacky statement like "I can run my car on water out of the tap", which if you research on the Internet, you will find and like many, believe all you read on the Internet who was invented by Al Gore, (NOT).  That is how dramatically silly and true it all is!

We are all part of this ubiquitous history that is not recognizing the dangers from within and our so-called socialization by our thumbs, called social media.

We are still all here and ignoring that all that happens in the world today, regarding communications, is reliant on the World Wide Web,

The Internet of Things.

Not for much longer if we continue using the Internet for everything!

The Internet is "open door" for the Hackers, Phishers and Man in the Middle Brutal Attackers to enter all of our lives.

Corporations world wide store our personal information in their Data Silos, whilst Hackers sit patiently for a human being like you and I, to make a simple mistake, allowing them to enter your space and steal the gold, the information.

The Internet is an incredible device that brings us so much to our fingertips and on the other hand when paired with a Smart Phone, is a disaster waiting to happen.

This cocktail mix shakes and stirs us every single day and hour, being informed that another hack and phishing attack has compromised us all.  Ask former retail giant, Target, bankers J.P. Morgan Chase, Home Depot and all those that hide the fact they have been hacked!

There has to be a separation of business and personal information. The Smart phone or computer in the palm of your hand is an open door for theft of information.  We as humans are always leaving lights on and doors open, it is a trait of ours and it seems we are going to have to be forced to change.

Change is not only disliked, it is hated and resisted every which way it can be.  if we do not change and change now, it will only get far worse.

The explosion of devices using the Internet as its backbone of communicating is growing so fast.  You only have look at the Crowd Funding platforms to see the introduction of useful and useless products.  They are clambering for your attention as are the Hackers, Phishers and Man in the Middle Brutal Attackers, who have an endless means of entering and ruining your life.

If you want security, we must separate the Internet from our voice calls, text messages, data streams, emails, and documents that we send to each others Smart phones.

In doing this, and we have, in fact, we are, encrypting all Data in Motion to be channeled through secure servers with none of the residual information remaining on the Smart phone.

The crux of it all is the password, it is the center of all you do in life and it is one thing that is central to the issues.

Device DNA using at least a 2 SSL with 2048 or 4096 encryption is demanded. It is the closing of doors that is the importance.

Yes, this would use a separate secure Smart phone solution with data storage 99.999% secured.  Even bleach or Lysol cannot kill all germs!

The leakage of information is literally killing us, collectively each IT department is fighting the same battle with limited resources.

Combined, we can and will win!

It is not just the Internet itself, it is how we use it in our daily lives, that is why we have concentrated on the solutions for us all.

Yes, Computing for Humanity, simplifying our abilities, as sadly we are all human beings that make many mistakes.

Talk to us, listen, because we do and shall.  The answers are here and we can remove the Fear Factor and assist you to enter a Comfort Zone. 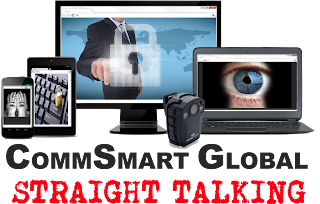 Posted by Police Best Practice at 7:15 AM No comments: