A Night of Fireworks - Remember the 5th of November - Then Vote on the 8th USA...

Bonfire Night
What is Guy Fawkes All About?

In 1605, thirteen young men planned to blow up
the Houses of Parliament. Among them was
Guy Fawkes, Britain's most notorious traitor.

After Queen Elizabeth I died in 1603, English Catholics who had been persecuted under her rule had hoped that her successor, James I, would be more tolerant of their religion. James I had, after all, had a Catholic mother. Unfortunately, James did not turn out to be more tolerant than Elizabeth and a number of young men, 13 to be exact, decided that violent action was the answer.
A small group took shape, under the leadership of Robert Catesby. Catesby felt that violent action was warranted. Indeed, the thing to do was to blow up the Houses of Parliament. In doing so, they would kill the King, maybe even the Prince of Wales, and the Members of Parliament who were making life difficult for the Catholics. Today these conspirators would be known as extremists or terrorists.
To carry out their plan, the conspirators got hold of 36 barrels of gunpowder - and stored them in a cellar, just under the House of Lords.
But as the group worked on the plot, it became clear that innocent people would be hurt or killed in the attack, including some people who even fought for more rights for Catholics. Some of the plotters started having second thoughts. One of the group members even sent an anonymous letter warning his friend, Lord Monteagle, to stay away from the Parliament on November 5th. Was the letter real? 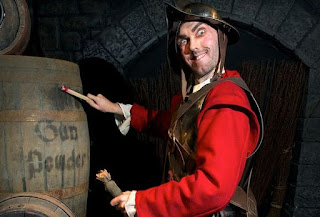 The warning letter reached the King, and the King's forces made plans to stop the conspirators.
Guy Fawkes, who was in the cellar of the parliament with the 36 barrels of gunpowder when the authorities stormed it in the early hours of November 5th, was caught, tortured and executed.
It's unclear if the conspirators would ever have been able to pull off their plan to blow up the Parliament even if they had not been betrayed. Some have suggested that the gunpowder itself was so old as to be useless. Since Guy Fawkes and the other conspirators got caught before trying to ignite the powder, we'll never know for certain.
Even for the period which was notoriously unstable, the Gunpowder Plot struck a very profound chord for the people of England. In fact, even today, the reigning monarch only enters the Parliament once a year, on what is called "the State Opening of Parliament". Prior to the Opening, and according to custom, the Yeomen of the Guard search the cellars of the Palace of Westminster. Nowadays, the Queen and Parliament still observe this tradition.
On the very night that the Gunpowder Plot was foiled, on November 5th, 1605, bonfires were set alight to celebrate the safety of the King. Since then, November 5th has become known as Bonfire Night. The event is commemorated every year with fireworks and burning effigies of Guy Fawkes on a bonfire.
Some of the English have been known to wonder, in a tongue in cheek kind of way, whether they are celebrating Fawkes' execution or honoring his attempt to do away with the government.
Posted by Police Best Practice at 8:38 AM No comments: 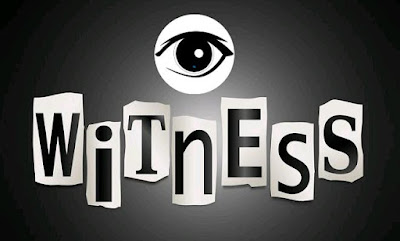 Is an eyewitness account admissible as evidence of a crime and can be used in a courtroom?

Not if you live in New Philadelphia, Ohio?

It seems that officers have a different view of the basic law of the land and world. 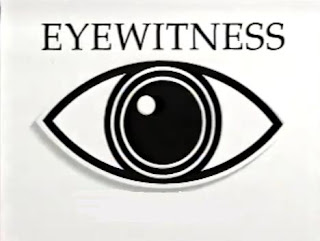 Two eyewitnesses and that is not good enough!

Do you have video was the question... who do you think we are, Alfred Hitchcock, his brother Sam or even, Eye Missed News at 11?

It is hard enough to get a police department to use Body Worn Cameras, let alone the public has a continuous video of their life running at all times!

When the officer was asked if charges were to be filed against the individual that was witnessed the officer responded, "no, it is my (he, the officer's) reputation in the courtroom that is at stake".

A criminal action took place, 12 hours after the individual was found guilty of criminal trespassing and then witnessed in another criminal act and it is the officer's reputation at stake?

What planet is he on and who trained him?  More to the point, who was the supervisor?  More importantly than that, who else is this happening to?

It is a common part of law enforcement globally that if you have eyewitnesses you will follow their information to prove or disprove their statement.

This has not even happened!

The individual who was witnessed is a 'progressive criminal', meaning the next step is not just violence against property it is against a person, which he has already done previously.

Who or what is next?

Will We Require A Body Bag and Yellow Tape? 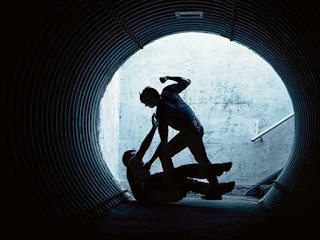 Eyewitness testimony is the account a bystander or victim gives in the courtroom, describing what that person observed that occurred during the specific incident under investigation.

Is a Witness testimony considered evidence?


In criminal law, the inference is made by the trier of fact in order to support the truth of an assertion (of guilt or absence of guilt). Testimony can be direct evidence or it can be circumstantial. For instance, a witness saying that she saw a defendant stab a victim is providing direct evidence.

If this is going on and it is, it happened this last week to us, what are the rest of the public, who know nothing of the legal intricacies or should we say logical steps of society.

Meetings with Chief Prosecutor and Public Saftey officer have been demanded.

The rest of the full story will astound you... 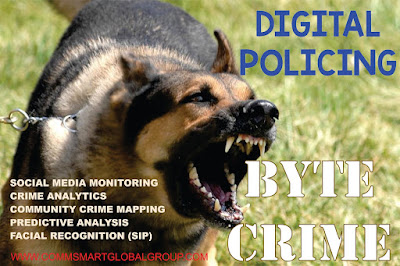 Posted by Police Best Practice at 6:36 AM No comments: