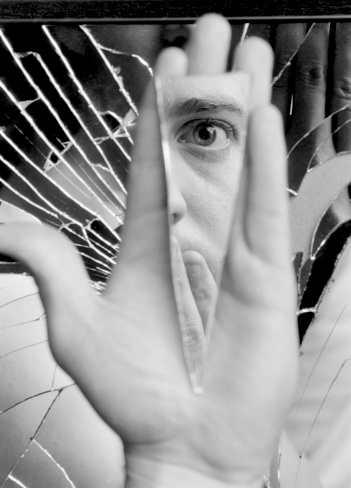 Sadly it seems you cannot see the wood for the trees when it comes to information security.

Change is required and demanded!  It is A Frugal Corporate Innovative World...

Remove the word "password" from your vocabulary.  Just like glass, if it was invented today, we would never use it, as it is far too dangerous and causes more problems than you wish to think about. 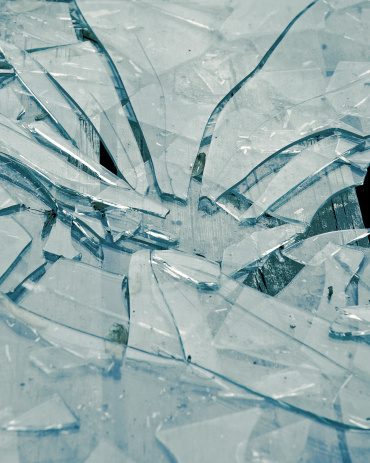 Glass, once broken, is like a hacked/broken password, dangerous and the glass shards cause irreparable harm, damage, and heartache.  The pieces of a password once broken are then used by the hacker, sold to others and brings disruption to the owner’s life.

Now let's open our minds and look at what we once used passwords on and for.  Access, to the most private items in our lives, personal data, our fortune we keep in a bank account, email openings and access to our accounts and corporation identity.  All that you keep private. 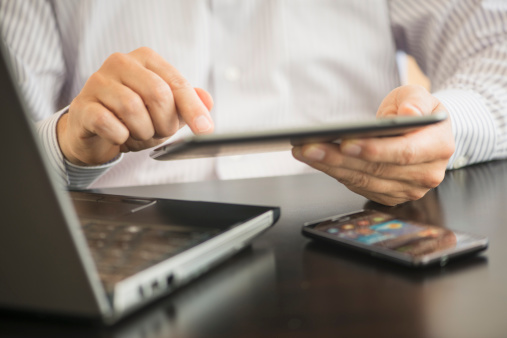 A password is an access to the system you are signing on to.  Your system does not even know if it is you or not!  It could be your mother, girlfriend or the wife.  Heaven help you if it is your boss at work!  So what is the only thing a password is doing?  Opening the door to a treasure cave and all that is you and your company!

TRUSTED REMEDY does something that is so simple and easy you have been missing for over twenty years.  What is it?  Let me tell you… 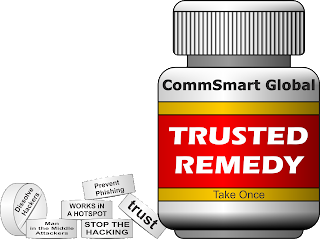 When you log-in from any computer device, Desktop PC/Mac, Laptop, Tablet, Smart Mobile Phone, Automobile or even the Air-conditioning or Refrigerator you have to identify yourself with a password.  TRUSTED REMEDY does not rely on that method, it makes that device your Access code, token, old fashion password if you like, your computer identity DNA.  It is only for you and it is trained to know it is you.

TRUSTED REMEDY is a 99.9999% secure connection end to end.  Your device is pre-approved for the connection through corporate servers and both parties, each end, know each other.  This a like a solid bullet and bomb-proof tube that your data travels through and delivers the needed data.  It is certified and approved!

Once it has communicated, that certificate or approval is withdrawn, gone in a blip and never to be seen in its travel again.  It now resides with the receiver, securely on the servers or with the person it was intended for.  The Hacker, Phisher or Man in the Middle Brutal Attacker cannot access the data.

Phew, now I have got that out of the way I have to mention, it is such a corporately available investment.  Retail, it is just the price of an inexpensive latte per device, per month or less depending on volume. 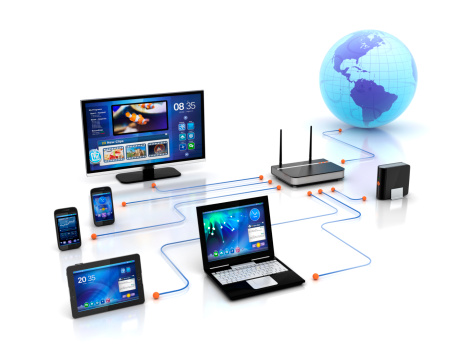 TRUSTED REMEDY works literally on any smart mobile phone, laptop or tablet, so you can Bring Your Own Device (BYOD) and be 100% secure!  No additional purchase of hardware required.

To send that data, message, email, even from a Public Hotspot or Hotel Wi-Fi you can do so without any concern.

Big Box Stores, secure your Point of Sale, end to end and in turn protect your customers and clients from hacked bank information.  In fact, your Vendor Network is totally secure, even if someone steals the existing password, it is useless as it will not work!

Loyalty programs, like Marriott, Hilton, and all others.  Those massive subscriber-based companies, the likes of Netflix or Red Box can protect your personal bank and personal information, that simple and that smart!

If you have technicians in the field accessing and sending data or information all will be secure, Comcast is a perfect example.  No more flimsy passwords on unsecured networks, all is secured end to end.

If you want the unbreachable end to end communications, TRUSTED REMEDY is the only option, it is that impenetrable connection that keeps all with a peace of mind! 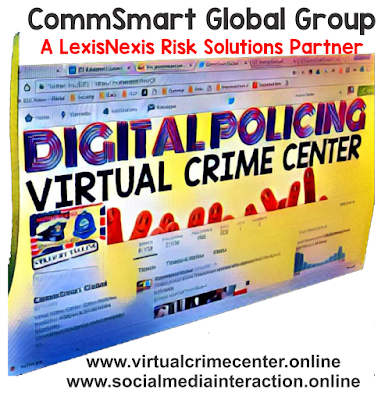 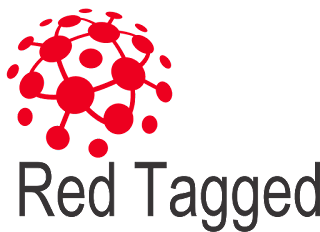 Copyright 2016
Posted by Police Best Practice at 2:00 AM No comments:

STOLEN DATA & INFORMATION - It Is Not A Blame Game, It Is YOU! 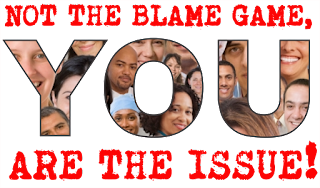 STOLEN DATA & INFORMATION
It Is Not A Blame Game, It Is YOU!
By Nicholas Ashton, CEO/CIO, CommSmart Global Group

The "Blame Someone Else Syndrome" is alive and sick, living within you.

Please give up on the idea that others care, will protect you and telling you the truth, when it comes to most things in life.

The government is a perfect example, especially the leadership or those that wish to be your new leader.  They will tell you what they think and expect you want to hear.  Sadly, YOU, in the majority, believe them.

The Internet of Tragedy is the same way.  You have heard so many times, "it has to be true, I read it on the Internet".  Ask Al Gore and his Global Warming Cosy Buddies, oh, their answer will be a lie also!

Just listen to the group of misguided politicians in Paris on what they are saying about Global Warming or the security of refugees.

The Internet is a Sewer and so are the Apps you continue to download onto your Smartphones and tablets.

It is stated that "the way to a man's heart is through his stomach".  The way to financial success is to steal other people's information by the billions and live a great life, whilst those you stole from, suffer.

Why is it so easy to do to this?

Simple, Humans have traits, which mean they fail more than they succeed.

Wanting to have the latest gadget, smartest mobile phone and be ahead of the curve is utter nonsense.  Security above all is the key and will make you far happier in life.  It use to be that way prior to the invention of the Internet!

We use to talk, discuss, think, daydream, read books, listen to music as a collective group, went to the movies and we were happier in the way we communicated.

Then IT came along!  Yes, Information Technology and placed people in charge that had no earthly idea of the boundaries we were crossing.  No, I am not blaming them, it is us all that failed to grasp and understand, that we have released our grip at the wrong time.

A climber does not uncouple himself before he knows that he has secured his next move.

Parents who purchased Vtech computer toys thought they had found the perfect babysitter until Vtech was hacked and over 5 million users information was stolen.

The Internet of Things sounds all well and good until you realize that each day, some geek with a half brain idea, which he shares with a marketing guru, launches an App without the full cyber security of the information of the users and the connection.

Simple solution, we take YOU out of the picture, hold your hand and control how you enter the Internet of Things securely.  Allowing you to play to your heart's content, securely and not affecting anyone else in the room, street or a corporation.

We isolate the security issues, shutting down the screens and cutting off the fingers of the Hackers, Phishers, and Man in the Middle Brutal Attackers.

You have failed so far and it is affecting us all.  Fear no more, we have created a comfort zone for us all.

No, we do not want to be your friends, we want to protect ourselves and enjoy life as it should be.

Yes, this is a reality, available and implementation is straightforward.  Is it new? No, we have been successful for decades with "like-minded" people and now, we must expand.

The Password is DEAD!  It is all about Device DNA... 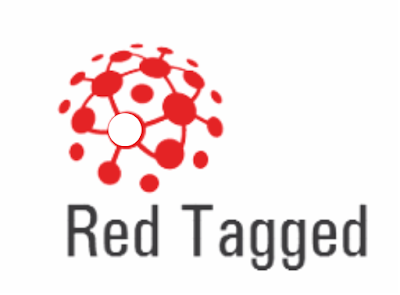 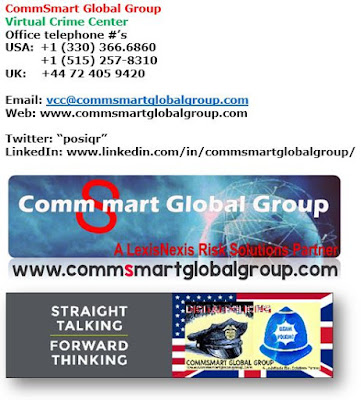 copyright 2017
Posted by Police Best Practice at 2:00 AM No comments: 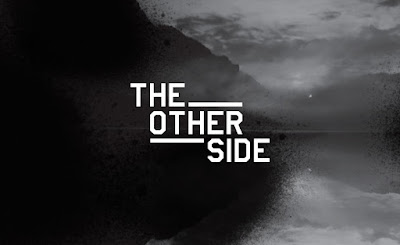 The Other side…
By Nicholas Ashton, CEO/CIO, CommSmart Global Group

Immersed in business, priorities of services and solutions is an addiction for us that are passionate about our place in life.

We are all private people with other private agendas.  As you sit with a prospect or client, remember they are attached to other people, who are part of the jigsaw of life, which shows the full picture of the past, present, and future.

When you get a call that someone cannot meet with you or has to change an appointment, you may think it was an internal business matter or they are blowing you off.

This was more evident last week when a meeting changed and the lead individual was not going to make the meeting and selected someone else to fill in.  They, in turn, had to ‘beg off’ for whatever reason, but the meeting went ahead any why and was a success.

Thinking nothing of it and rolling with the punches, I never really questioned why the first individual could not attend.

This morning I found out why.

The man’s wife died of a sudden brain hemorrhage.  Young, the middle fifties and a loving couple.  I never met her, only knew he was married.

It hit me like a lead balloon and brought an emotional void and tears to my eyes over someone I never knew and will never know.

Today is the funeral.  A lifetime together and the sudden departing.

A few days have gone by, not enough to say to them, ‘I Love You’, smile, hold hands and kiss for the last time.

Life, I have been reminded is precious and is be gone in a flash.

Treat each moment as if it is your last together.
Remember our departing is guaranteed…

‘Parting Is Such Sweet Sorrow’

There is now a jigsaw picture missing a single piece, which will always be remembered.

You are in thoughts and prayers…
Posted by Police Best Practice at 10:33 AM No comments: