The Poop on Red Robin’s - Customer Service & Lack There Of... 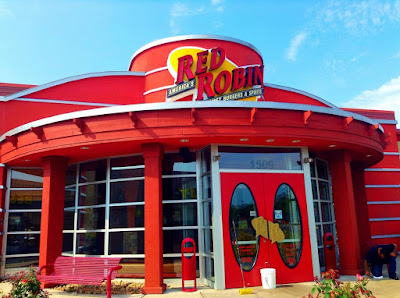 The Poop on Red Robin’s
By Nicholas Ashton

A corporate response would be nice!

April 22nd, 2017, Earth Day, my birthday and one screwed up American Eatery.

Certainly, the lack of management, training, customer service, and professionalism flew out of the cuckoo’s nest this day!

What started out as a relaxing day of a Cracker Barrel breakfast, now there is a professional operation that should be the envy of the restaurant trade, ended at a Robin Robin’s in Des Moines, Iowa.

Was not interested in their ‘Free Birthday Burger’ as I don’t eat beef, much to the annoyance of Iowa Beef Farmers.

Gout! Beef inflames my gout and no cow is going to annoy me or pain me that much!

Seating was quick, ordered an Onion Tower, which was a greasy delight.  We were surrounded by tables full to the brim who had been seated way before our ‘bums’ hit the chairs.  Yes, they were waiting and waiting.

Our order was taken for a chicken sandwich and good ole’ Fish & Chips, American style.

The wait was more than extreme and had I clear view of the kitchen, cooks, line managers, and servers, which to my dismay was atrocious in many derogatory ways in running a kitchen of such a large operation.

The surrounding tables were still not acknowledged and our food was either being hatched, laid or cracked with the Fish still in the Atlantic waiting to be caught by some trawler or other and the potatoes in the field spouting.

The other tables were now being attended to after a good twenty minutes and our awaited food arrived.  I broke off a piece of fish with my fingers as us Brits do and it was cold, I don’t mean sea water cold, I mean cold!  The chips, the same way.  Not acceptable at all and this ‘straight talking’ guy will not sit silently!  It is our right to enter an eatery and expect to receive what is advertised on the menu in a reasonable and professional manner. 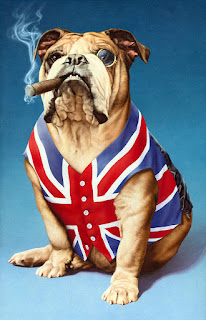 The waitress came over and asked how the meal was, I explained directly it was cold, to take it away and not bother replacing it.  (I know what goes with replacement food and to someone who challenges so called professionals!)
She took the plate back to the kitchen and I saw her dump the food in a bin.  She never sought out management at all.

She did return and I explained that she should have sought out management and instead that she did so.

Management?  The excuse who came to our table was more than pathetic and only hardened my initial thoughts of the service and cold food that had arrived at our table.

First words out of her mouth were an excuse!  I am only the floor supervisor, she states, the General Manager is an on weekend off.  I am new at this… I fully understand, I know we have a problem!

I explained my issues and stated I understand the food business extremely well.  The kitchen line manager was in my view at all time and it was not a competent crew at all.  The work ethic was missing completely!

Food service is not a game, it is worth billions of dollars a year and can be lost in the wink of an eye or through ‘Fingers & Thumbs’ with social media.
The excuses from the temporary management were abysmal, pathetic and an insult!

What should have happened never entered this person’s head, was never given as training to this individual, who was put in an invidious position and represented the whole company more than poorly.

Look, things go wrong, but in plain sight and who the hell can mess up Fish & Chips?

‘Red Robin’s’ can and does!

A piece of advice to all, including Red Robin’s local management, regional managers, CEO, and shareholders, get your act together and stop thinking that a little hiccup will go away, it will not.

What should have happened was empathy for the client who is worth more than one meal to the eatery chain and the wait-staff who rely on tips.


At least twenty-five other people that were at surrounding tables had a terrible dining experience yesterday, ‘Earth Day’ which in Red Robin’s case should have been called ‘What on Earth Do You Think You Were Doing Day’!

In the world of social media ‘Tweets’ reach millions and in this case the Red Robin was singing the wrong song!

Some Major Lessons to be Learned, If Arrogance Does Not Get in the Way!

Email: straight-talking@commsmart-global.com
Posted by Police Best Practice at 5:13 AM No comments: