The Talk of War - You Don’t Want Your Bollocks Shot Away! 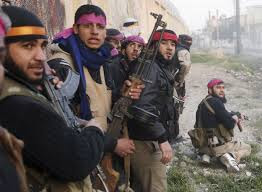 You Don’t Want Your Bollocks Shot Away! 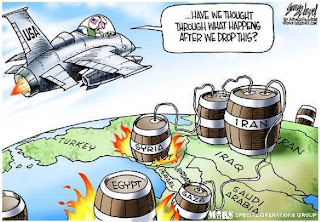 Remember, we do have a committed President in Donald Trump, who has been in office for over three years!

Sadly the old failed administration is still in Democrat's minds and will not go away.

The headline everywhere is terror.

Where is it happening?  Iraq and the Middle-East most Americans cannot even find it on a map or even Hoboken, New Jersey for that matter.

What are these warmongering Iran who are trying to sell and start a war, what are they really trying to tell us?  6,537 km between the two countries and more important issues on America’s own doorstep as we are seeing in the news over the past few days!  Including Impeachment, over what?

A race card is being played into this issue still has Obama as a first Black President and those that supported him, in voting in the first place, still do not want to let him down or shame him!  It was Obama who shamed America!

It is business as usual for this former Democratic administration, failing in the past in planning strategies and the long-range picture.  Remember now-defunct Obama Care and his Bailout Bills, total failures beyond belief. 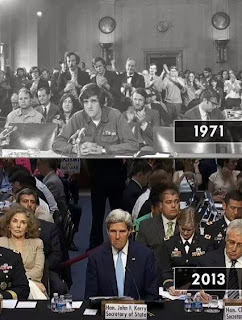 The strategy of War is a fluid program with planning for all eventualities.  John Kerry had not one inkling on this whatsoever and was and is a total lying mouthpiece for the former Obama Administration and his failed structure of an attack and the ramifications.

The true concern is beyond Syria, Iran is fueling all, and terrorism is a growth factor because of Iran’s involvement.  There is the issue and every military man knows that!

Now, look at North Korea after the Trump meeting, are they going to comply?

Shall we start singing “Oh What a Lovely War”?  No, we shall not…

I don't want me bollocks shot away…

WE are in the NOW and
KEEP YOU; in the KNOW…
www.commsmart-global.com